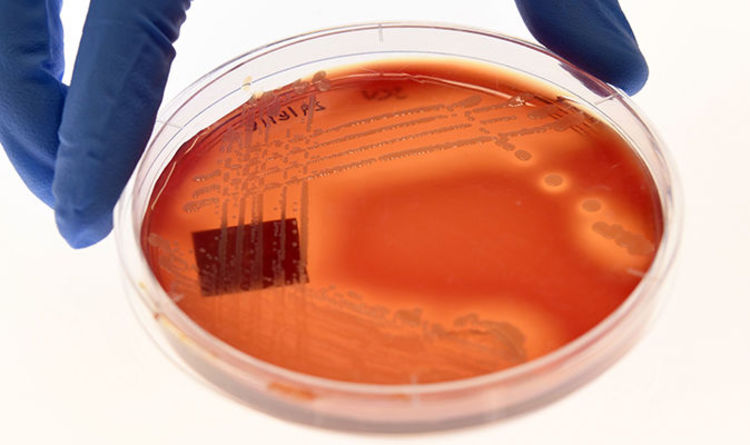 
But UK-based expert Dr Paul Race, who is spearheading a project which is looking for antibiotics at the bottom of the oceans fears the cost may prove prohibitive, estimating it would cost as much as £1 billion to develop new medication.

HHS secretary Alex Azar said: “Untreatable infections are the reality for too many families around the world—and in the US.

“We’ve had some success fighting antibiotic resistance but, if we don’t all act fast together, we will see global progress quickly unravel.

“Antibiotic resistance isn’t slowing down. Every country and industry has to step up.

“Fighting this threat requires a collaborative global approach across sectors to detect, prevent, and respond to these threats when they occur.

“Every country, regardless of resources, can take steps to slow antibiotic resistance.”

Antibiotics have been vital in the fight against infectious illnesses ever since Alexander Fleming discovered penicillin in the 1920s.

But their effectiveness is being eroded by overuse, and the widespread farming practice of putting them in feed for livestock, resulting in some microbes becoming immune and difficult to treat.

In addition, no new antibiotic treatments have been developed since the 1980s, meaning the number of effective drugs doctors have at their disposal is slowly being reduced.

The AMR challenge has seen pharmaceutical companies agree to work to prevent the discharge of antibiotics and their residues in the environment, which can also increase microbial resistance.

The event marked the start of a “commitment year” during which organisations throughout the world will be invited to take action, with attendees including Tedros Adhanom Ghebreyesus, director-general of the World Health Organization, Dr Balram Bhargava, director-general of the Indian Council of Medical Research in New Delhi and Anand Anandkumar, CEO and managing director of Bugworks Research, Inc.

“Our shared commitment to confront this threat is critical to all American communities and companies, protecting our progress in healthcare outcomes, food production and even life expectancy.”

Dr Race and his team from the University of Bristol using a remote-controlled submersible to look for micro-organisms which have the potential to be developed into new antibiotics, and has already developed five suitable candidates thanks to a painstaking process undertaken in lab conditions.

Speaking after his talk at the New Scientist Live event at Excel on Saturday, Dr Race told Express.co.uk developing them to the point where they could be used to treat infections required significant investment by pharmaceutical companies, estimating it could require as much as £1billion to bring one to market.

Professor Dame Sally Davies, Chief Medical Officer, said: “Without effective antibiotics, minor infections could become deadly and many medical advances could be at risk; surgery, chemotherapy and caesareans could become simply too dangerous.

“But reducing inappropriate use of antibiotics can help us stay ahead of superbugs. The public has a critical role to play and can help by taking collective action.”