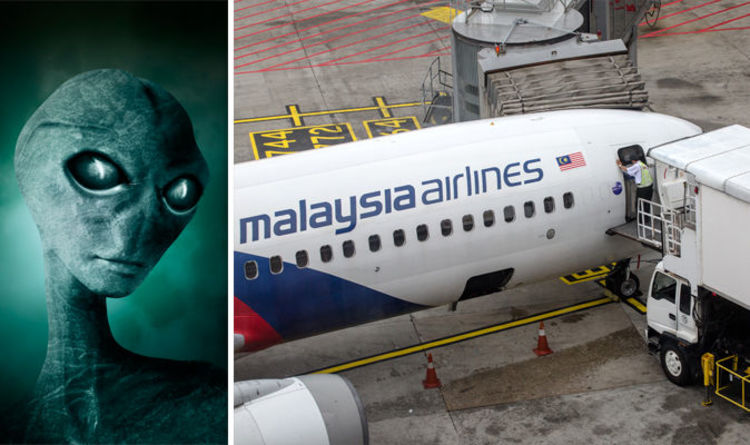 
Four years have passed since the disappearance of Malaysia Airlines plane MH370 and experts have put the investigation to rest after making little progress in that time.

Everyone has a theory on what happened to the flight, and some believe that aliens were directly involved.

A Twitter user called Ty claims he received a strange voice message from an unknown source.

The message sounds like a series of numbers and letters, but according to some it is the NATO phonetic alphabet and has been translated as: “S Danger SOS it is dire for you to evacuate be caution they are not human 042933964230 SOS Danger SOS.”

Another Twitter user, Gio de Loera, said: “Are you saying that Malaysia Flight 370 encountered something non-human???”

Some internet users notice that when the number is spaced out – 04 29 33 96 42 30 – and put into Google, the coordinates takes you to Medan, the capital of Indonesia’s North Sumatra province, which is right next to Malaysia.

However, according to fact checker website Snopes, the claim is a hoax and a ploy used by Ty to gain new followers – and if that was the case, he was successful in doing so by racking up 40,000 new followers.

Snopes says: “One outlandish fantasy that has made the rounds is that the plane was taken by space aliens, as demonstrated by an apparent Internet hoax that went viral around the incident’s fourth anniversary.”

On March 8, 2014, a Boeing 777 Malaysian Airlines flight carrying 239 vanished over the Indian Ocean without a trace, leaving the world baffled.

Four years later, experts are no closer to solving the mystery and had officially given up on the search earlier this year.

We Have Our First Look at Neptune’s Rings in 33 Years, And They’re Glorious : ScienceAlert
The Frogs Vanished, Then People Got Sick. This Was No Harmless Coincidence. : ScienceAlert
Does IQ Decline as We Age? One Type of Intelligence Peaks in Your Twenties : ScienceAlert
The Tonga Eruption’s 50 Million Tons of Water Vapor May Warm Earth For Months to Come : ScienceAlert
Experiment Reveals What 1 Hour in Nature Does to The Human Brain : ScienceAlert