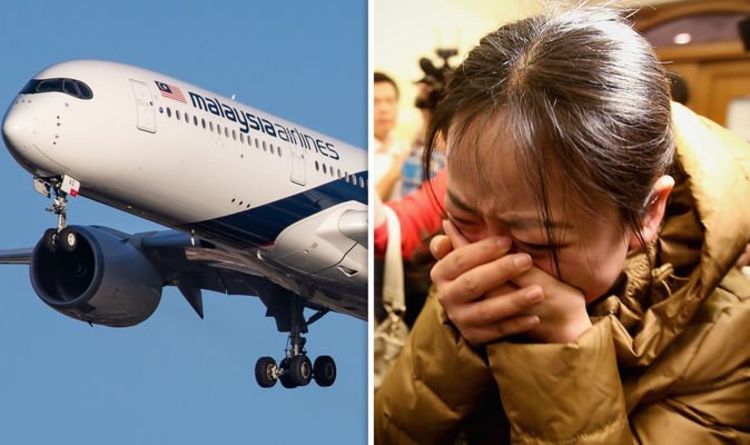 
The mystery behind the missing Malaysia Airlines plane has baffled investigators who have searched 25,000 square kilometres (9,700 square miles) in the Indian Ocean. But an independent group have theorised a new search area of manageable size and one with a reasonable chance of success. The study led by aerospace engineer Richard Godfrey aided by fellow independent group member Victor Iannello has examined hundreds of flight paths to come up with alternative coordinates.

The study noted the scientists scanned the Southern Indian Ocean for possible MH370 flight paths using a degree of precision they believe had not been applied previously.

They said: “The goal was to find all possible MH370 flight routes that fit the data within appropriate tolerances.

“Additionally, the data would be checked using a set of correlations.”

The scientists used satellite data assuming the flight was without a pilot after it completed its turn south.

The paper said: “All possible MH370 endpoints of flight routes in any navigation mode and any speed mode have already been searched, within at least ± 25 NM of the 7th Arc (partially ± 40 NM).

“This means that MH370 has either been missed in a previous search or recovered from a steep descent of around 15,000 fpm and glided out to an endpoint outside the previously searched area.

“There is only one Region of Interest, where we recommended a further analysis and search at around 34.4 °S near the 7th Arc, following a flight route from close to waypoint BEDAX using the LNAV lateral navigation mode with an ultimate waypoint of the South Pole on a track of 180°T due south, in long-range cruise speed mode and at a flight level between FL390 and FL403.”

The experts have previously been called the ‘Bletchley Park of aeronautical sleuthing’ since they began their search for the plane that disappeared on March 8, 2014, with 239 people on board.

The aviation experts came together following the Malaysian Government’s release of data claiming the plane was at the bottom of the Indian Ocean.

They called themselves the ‘Independent Group’ because they were investigating MH370 outside the official channels.

The Independent Group had a blog where interested parties flocked to and discussed data and theories in the comments.