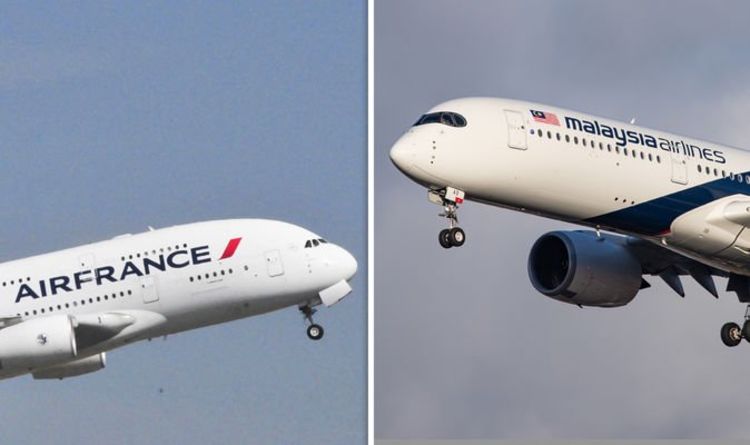 
Malaysia Airlines flight 370 went missing on March 8, 2014, en route from Kuala Lumpur to Beijing with 239 people on board. It is still unclear what exactly happened to the plane and those on board, but a crucial data clue was only made possible by a previous investigation. This investigation was the disappearance of Air France flight 447, which vanished on June 1, 2009 en route from Rio de Janeiro to Paris.

AF447 was eventually found to have crashed into the Atlantic Ocean killing 228 people.

In his 2015 book ‘The Plane That Wasn’t There’, science journalist and aviation expert Jeff Wise explained that lessons were learned from AF447 to “make sure nothing like it ever happened again”.

It was as a result of the 2009 tragedy that satellite telecommunications company Inmarsat started recording Burst Timing Offset (BTO) values, which ended up being central to the MH370 investigation.

The hardware for this was installed just a year before MH370 disappeared.

Along with Burst Frequency Offset (BFO) values, the BTO values allowed investigators to map out a route of MH370 over the Indian Ocean.

Mr Wise wrote: “It’s no understatement to say that if Air France 447 hadn’t happened, we wouldn’t have any pings today for MH370.”

These ‘pings’ are communications between MH370 and Inmarsat’s satellite 3F1.

On the other hand, there is a chance that hijackers may have also learned from the first disaster.

Mr Wise said: “As the search for MH370 unfolded however, I wondered if the case of the missing French jetliner might have supplied negative as well as positive inspiration.

“What if – I wondered – someone had taken Air France 447 as a lesson in how to make other airliners disappear?”

This might explain why there are so many “uncanny” similarities between the two plane catastrophes.

Mr Wise explained: “In both cases, the planes vanished after venturing beyond the range of land-based radar in the middle of the night.

“And in both cases air traffic control were late in realising that something untoward had happened, because their screens continued to display the aircraft symbol as if everything were normal.”

The main difference between the two incidents is that AF447 was eventually found.

The aircraft had been sending regular maintenance update to Air France HQ, which included GPS data.

This meant the airline company could track the exact location of its aeroplane when it disappeared.

The black boxes were eventually retrieved after around two years.

The BTO and BFO data seem to indicate that MH370 crashed into the southern Indian Ocean.

While a wreckage has yet to be discovered, this remains the most likely scenario.

If a future expedition proves successful, it will have been down to this satellite data.

The Latest Milky Way Survey Shows Off an Incredible 3.32 Billion Celestial Objects : ScienceAlert
Viagra Linked to Much Lower Risk of Death in Men, But Questions Remain : ScienceAlert
Mysterious ‘Zone of Uncertainty’ Inside The Brain Reveals a Surprise : ScienceAlert
Bacteria Can Use Plastic Waste as a Food Source, Which Isn’t as Good as It Sounds : ScienceAlert
Scientists Create Shapeshifting Humanoid Robot That Can Liquefy And Reform : ScienceAlert