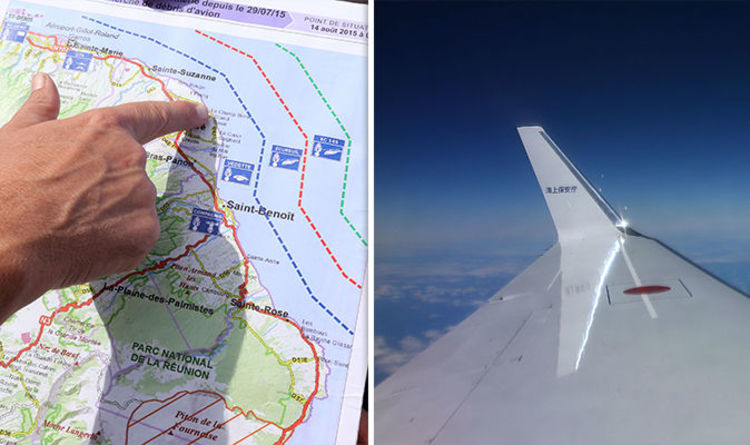 
The Malaysia Airlines Boeing 777 is thought to be in the Indian Ocean by official investigators, after it went missing on March 8 2014 along with the 239 people on board. Mr Holland is the managing director of Daedalus Maritime, an independent maritime operations and marine engineering consultancy. He has researched the tide and current directions in the Indian Ocean and believes various debris washed up belonged to the plane.

He added the ageing on this debris was consistent with how long they would have been in the water for.

The navy officer said: “There are numerous locations around the eastern African coast that debris has washed up.

“When I last looked into this and plotted locations there were around seven sites, these range from South Africa, Mozambique, Madagascar and Mauritius.

“I have examined the tide and current directions for the Indian ocean and these are in an anti-clockwise direction.

“What I mean by this is that it came from a north-easterly direction, in other words from somewhere between India and Thailand – and the ageing showed it took several months of immersion in salt water to show the effect they had.”

The most notable piece of debris found was a flaperon, discovered on Reunion Island in July 2015, thought to be from the plane’s right wing.

In September 2015 French judicial authorities who examined the equipment confirmed it came from MH370.

One of three numbers found on the part matched with the plane’s serial number, 9M-MRO.

In May 2016, a left outward flap trailing edge was discovered in Mauritius, which investigators said had identification numbers belonging to parts uniquely made for Malaysia Airlines.

The next month, a right outward flap washed up in Tanzania, which had identification numbers and date stamps tallying with those belonging to MH370.

Mr Holland also claims that air traffic controllers would have noticed if the plane had flown northwards, contradicting claims from other researchers.

He said: “The search, I believe and feel, needs to be centred around the Northern Airway in the Northern Indian Ocean, as this is most likely the spot it crashed.

“The reason I say is my knowledge of tides and currents from numerous years as a navy officer and my knowledge from air traffic control theory from learning at a very young age.

“This happens when your ‘step’ was the Director of Infrastructure for National Air Traffic Services (NATS) and also me working in maritime intelligence and using numerous tools and theories daily.”