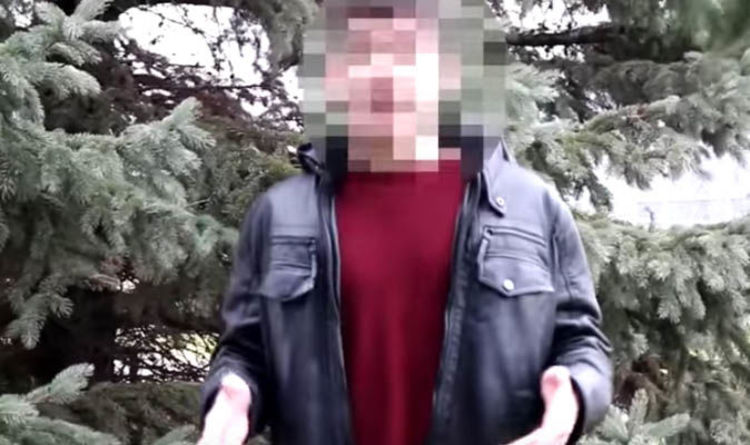 
Noah, an alleged time-traveller from 2030, spoke about the future of the Philippians while having his face blurred and his voice distorted on the conspiracy theory YouTube channel ApexTV. According to the alleged time-traveller, while he has never actually been to the Philippians in the future, he has spoken with “many” people who have. One of his most extraordinary claims was that in 2030, the Philippines will try to give everyone brain chips.

Noah claimed: “In 2030, the Philippines just started a decision to actually implement brain chips into as many people as possible.”

However, people are not required to get this chip if they do not want to.

He said: “You can obviously say ‘no’ to this and they won’t give it to you at all.

“But they’re trying to give it to as many people as humanly possible.”

READ MORE: Time travel BOMBSHELL: Will THIS be the US President in 2028? Shock ‘time traveller’ claim

Noah exclaimed: “It helps so much!

“One big reason is if you were ever rushed to the hospital, they could easily find all the information on you and it has saved so many likes, like in the millions.”

In the comments of the video, many people were supportive of Noah and his incredible claims.

However, not everyone was buying what he was saying.

One sceptical viewer commented: “Apex. Will you tell us if the person on here who is claiming to be Noah really is Noah.

“Or is it someone making fools out of your subscribers.”

Another user said: “If he can really time travel then tell Noah to do the same and record that.

“It would definitely shut everybody’s mouth.”

A Strange Thing Happens to Wolves Infected by Infamous Mind-Altering Parasite : ScienceAlert
Mummies With Golden Tongues Discovered in Ancient Egyptian Necropolis : ScienceAlert
Millions of ‘Silent Synapses’ Could Be The Key to Lifelong Learning : ScienceAlert
A Tobacco Plant Has Been Engineered to Produce Cocaine in Its Leaves : ScienceAlert
A ‘Wormhole’ Built on a Quantum Computer Teleported Information as Predicted : ScienceAlert