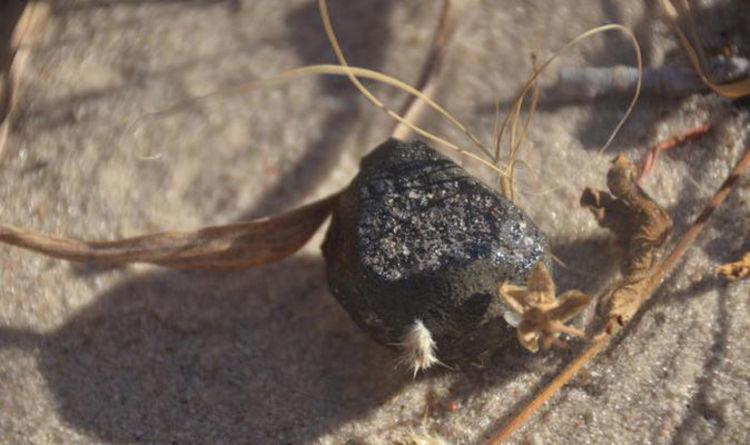 
On June 2, a meteorite exploded in the night sky above South Africa, briefly illuminating the country.

It blew up some 30 miles into the sky shortly after hitting the atmosphere at 27,738mph, scattering debris for miles.

Now researchers have found a small piece of the meteorite as far away as Botswana and say the discovery “has enormous scientific value”.

The meteorite came from the asteroid 2018 LA which was discovered just eight hours before it entered Earth’s atmosphere.

If it had been much bigger and the meteorite did not break up in the atmosphere, the consequences could have been devastating if it hit a town or city.

By analysing the rock, which was found by a team of geoscientists from Botswana International University of Science and Technology (BUIST), Botswana Geoscience Institute (BGI) and University of Botswana’s Okavango Research Institute (ORI), and its entry, researchers could devise better plans to protect Earth from incoming asteroids.

NASA’s planetary defence officer, Lindley Johnson, said: “This was a much smaller object than we are tasked to detect and warn about.

“However, this real-world event allows us to exercise our capabilities and gives some confidence our impact prediction models are adequate to respond to the potential impact of a larger object.”

Farmer Swanepoel had been having coffee on his neighbour’s farm‚ between Ottosdal and Hartbeesfontein‚ and was driving home when he saw the “huge fireball” in the sky.

He said: “The advantage I had was I saw it in colour and it was not like on the cameras. It was a fireball falling with this red tail behind and I thought that the grassland is going to burn.”

How Many Ants Live on Earth? Scientists Came Up With an Answer : ScienceAlert
A Weird Blob of Hot Gas Is Whizzing Around Sagittarius A* With ‘Mind-Blowing Velocity’ : ScienceAlert
One of The World’s Largest Organisms Is Disintegrating. Here’s How We Might Save It. : ScienceAlert
There Are New FDA Safety Warnings About Breast Implants. Here’s What We Know : ScienceAlert
Wolves Really Can Become Attached to Humans Like Dogs Can, Adorable Study Finds : ScienceAlert