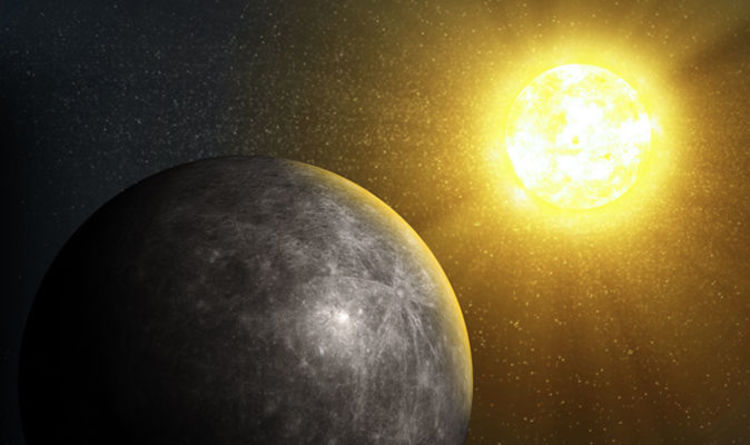 
Skywatchers and amateur astronomers are in for a treat as Mercury, which is about one third the size of Earth, makes its way into our gaze

Mercury is notoriously tricky to spot due to its small size and the fact it is in front of Earth – meaning the sun’s glare makes it hard to see.

Mercury cannot be seen by night as it is ahead in the order of the solar system and Earth is facing the opposite way. And the sun blocks it out during the day.

However, during dusk of this month, the planet can be seen for a short period of time.

March is usually the best month to see to so-called ‘elusive planet’.

As the sun sets the small planet will appear in the sky, with March 15 the best day to spot it.

It may not be abundantly clear, as Mercury will look like a small star as the light of the sun reflects from it.

But there are ways to spot it.

Stargazers in the northern hemisphere will see the planet by looking 17 degrees above the horizon at sunset.

However, it will only be visible for about 80 minutes after the sun sets on March 15.

Website EarthSky said: “Although Venus is about 12 times brighter than Mercury, Mercury is the third-brightest celestial object to light up the (very early) evening sky right now.

“It’s only a touch dimmer than Sirius, the brightest star of the nighttime sky.

“Yet Mercury won’t look as bright as Sirius. That’s because Mercury has to contend with the dusky thickness of Earth’s atmosphere near your horizon. Again, binoculars can help.

“Mercury will reach its greatest eastern elongation (maximum angular separation from the setting sun) on March 15, 2018.”

Incredible ‘Fairy’ Robot Sails on The Breeze Like a Floating Dandelion : ScienceAlert
Planting More Trees in Cities Would Save Thousands of Lives, Scientists Say : ScienceAlert
How a Dead Girl in Paris Wound Up With The Most-Kissed Lips in All of History : ScienceAlert
Scientists Are Making Catfish Hybrids With Alligator DNA For Us to Eat : ScienceAlert
A Planet Almost Exactly Earth’s Size Has Been Found 72 Light-Years Away : ScienceAlert