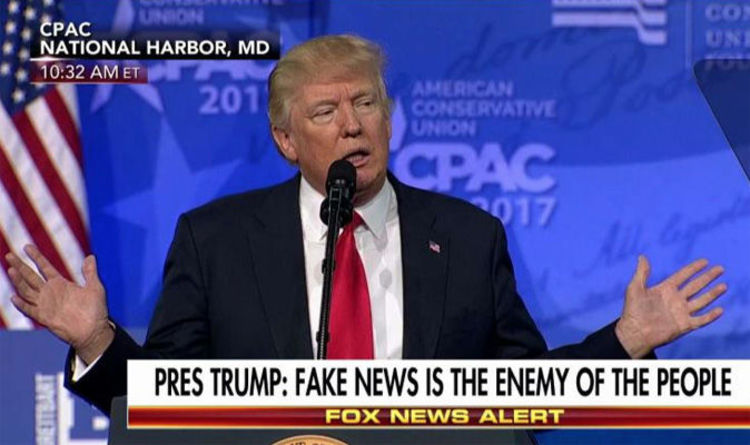 
Accurate news stories take six times as long as lies to reach other Twitter-users and falsehoods are also 70 percent more likely to be retweeted than the truth.

The damning findings are contained in a new study published in Science which trashes the veracity of the Twittersphere – Donald Trump’s favourite method of communication.

They used six independent fact-checking organizations to verify whether a story was true or false and discovered that bare-faced lies spread faster, farther, deeper and more broadly than the truth.

Top of the list of completely made-up trash were political stories. And the number showed this was getting worse.

President of the United States Donald Trump is fond of accusing the established media – which is subject to rigorous legal and professional checks ensuring news is presented fairly and accurately – of creating ‘fake news’.

Ironically his favourite way of attacking the press is though Twitter – which has now been shown to be riddled with deliberate lies, half-truths and inaccuracies.

According to the research the truth takes six times as long as a falsehood to reach 1,500 people as a story based on lies .

The researchers said fiction was simply more interesting than boring fact – and humans are so titillated by novelty that Twitter-users had ceased to use their critical faculties, preferring to simply believe and pass on the lies.

Researcher Deb Roy said: “Although we cannot claim that novelty causes retweets or that novelty is the only reason why false news is retweeted more often, we do find that false news Tis more novel and that novel information is more likely to be retweeted.”

he researchers hope that their work will inspire users to crass check stories before retweeting them.

Scientists Reveal The Most Distant Galaxy We’ve Ever Found : ScienceAlert
An Expert Explains Why The Radioactive Water Stored at Fukushima Should Be Released : ScienceAlert
Sword Mistaken For Replica Is Actually An Ancient 3,000-Year-Old Weapon : ScienceAlert
Physicists Break Record Firing a Laser Down Their University Corridor : ScienceAlert
Bacteria Can Use Plastic Waste as a Food Source, Which Isn’t as Good as It Sounds : ScienceAlert