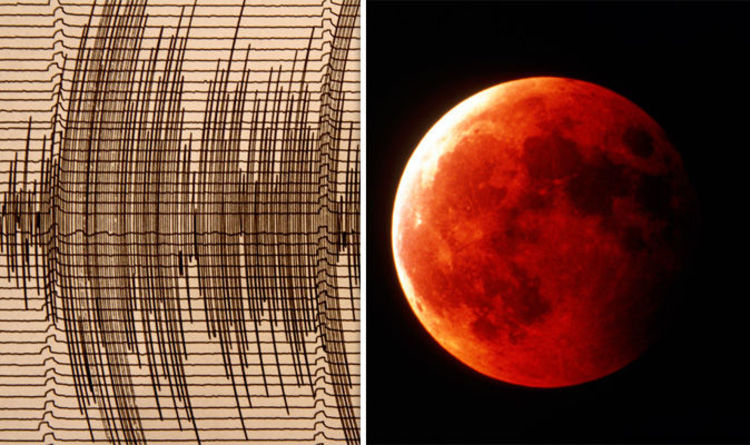 
The alignment of the planets this week will cause a tug-of-war effect on Earth and the tension will be unleashed in a major quake.

This is according to Frank Hoogerbeets, a new age earthquake researcher who runs ‘global earthquake forecast’ site Ditranium.

Earth has been in between Mars and Mercury for the last few weeks and the slight gravitational pull from both sides in interfering with the world’s tectonic plates, according to Mr Hoogerbeets.

Mars is currently visible with the naked eye from Earth – and its visibility will be at its maximum alongside the blood moon on Friday, July 27.

Mercury is on the other side of Earth to Mars at the moment, as Earth currently sits in the middle of a planetary alignment.

Mr Hoogerbeets writes on his website: “On the 15th the Moon started facing the Mercury-Mars electromagnetic resonance, which will last until the 27th.

“This geometry is similar to that of late April 2016 when a M 7.0 occurred in Vanuatu and a M 6.6 along the Northern East Pacific Rise.

“A continuation of seismic unrest is expected from the 23rd to the 26th with possibly a low to mid 6 magnitude earthquake.

“From the 27th to the 30th will be critical with the potential of a high 6 to 7 magnitude earthquake.”

However, Mr Hoogerbeets does not give his opinion on where the earthquake might strike.