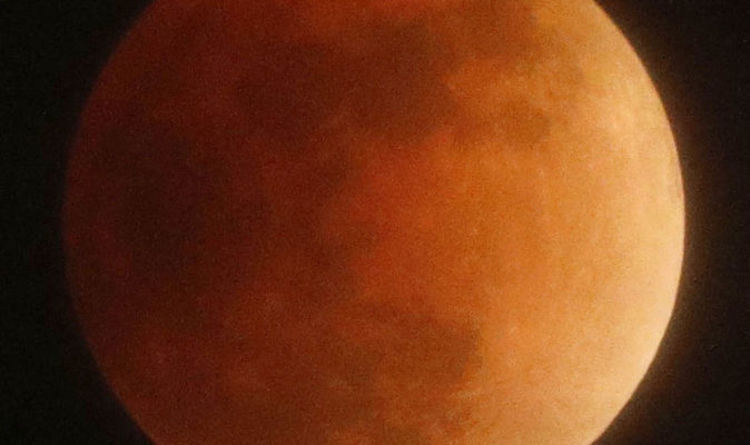 The eclipse on Friday will also be the longest of the century, as it will last about one hour, 43 minutes and 35 seconds.

The Northern Cape will experience so patchy cloud, which could limit the viewing experience.

However, there skies will only have 2- to 30 per cent cloud coverage, so the moon will still be visible.

Most of the Western Cape is predicted to blanketed in cloud, as well as the Nelson Mandela Bay Municipality.

You won’t need visual enhancements such as binoculars as the eclipse will be visible to the naked eye.

What is the Blood Moon?

A Blood Moon occurs during a lunar eclipse and will be visible from almost all parts of the world.

The only areas that won’t be able to catch a glimpse will be Greenland, Canada and the USA.

A total lunar eclipse occurs when the sun, Earth and the moon line up perfectly.

When the moon is fully in the Earth’s shadow, it turns red which is where the nickname Blood Moon comes from.

The moon turns red because sunlight is deflected through the Earth’s atmosphere.

This is called reaction and it bends red light from the sun like a lens into the space behind Earth and then onto the surface of the eclipsed moon.

How many Blood Moons will there be this century?

There is set to be 230 lunar eclipses in the 21st century, according to NASA.

However, only 85 of these all total lunar eclipses.

This Friday’s eclipse will be the 17th total lunar eclipse of the century,