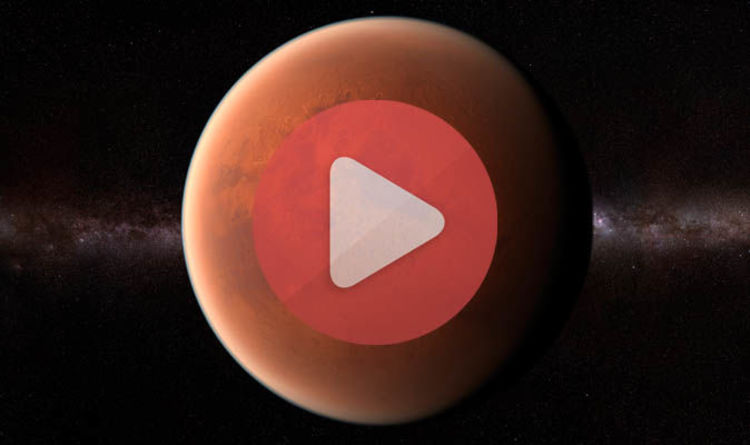 
Mars made its closest approach to Earth in the early morning hours on Tuesday, July 31.

Stargazers in the US and Canada were best positioned to see the Red Planet just before sunrise around 5am ET.

However, for those who would have rather stayed in the comfort of their home this morning, the Griffith Observatory in LA, California, live streamed the Martian approach.

You can watch the entire four hour live broadcast in the embedded video above, for the most spectacular views of the Red Planet.

Ed Krupp, Observatory director, said: “Mars is invading us tonight. This is in fact the closest approach of Mars since 2003.

“In fact, we weren’t even here in 2003. We were over at the satellite, in exile, while construction was going on at Griffith.

“Still, we showed Mars to more people through a telescope over there than anywhere else on the planet. We want to do that again tonight.”

The Observatory’s live stream kicked off at 10pm PT on the night of July 30, when the Western US was best positioned to see Mars.

The Observatory then tracked the Red Planet though to 12.45am PT on Tuesday morning, concluding the above stream at 2am PT.

The event was also open to the public, with a fee-free entrance to the grounds of the Observatory.

The Red Planet currently sits about 35.8 million miles of Earth, which is the its closest approach since 2003.

For those of you who missed the Martian approach, the good news is Mars will remain fairly bright in the sky for the next few months.

Mars will slowly begin to fade back to its usual levels of brightest around mid-August .

By around early September, Mars will return to normal and as the distance between Mars and the Earth shrinks, the Red Planet will grow smaller in the skies.

For the time being, however, Mars will shine brightly at night with a characteristic red to orange glow which will make it stand out from the stars.

It Turns Out There Is Such a Thing as Good Gossip, According to New Research : ScienceAlert
Weight Lifting in Old Age Does More Than Just Keep Your Muscles Strong : ScienceAlert
Narwhals Are So Weird, Scientists Used Chaos Theory to Explain Their Behavior : ScienceAlert
Deep Brain Simulation Could Alleviate OCD When Other Treatments Have Failed : ScienceAlert
Biology Inspires a New Kind of Water-Based Circuit That Could Transform Computing : ScienceAlert