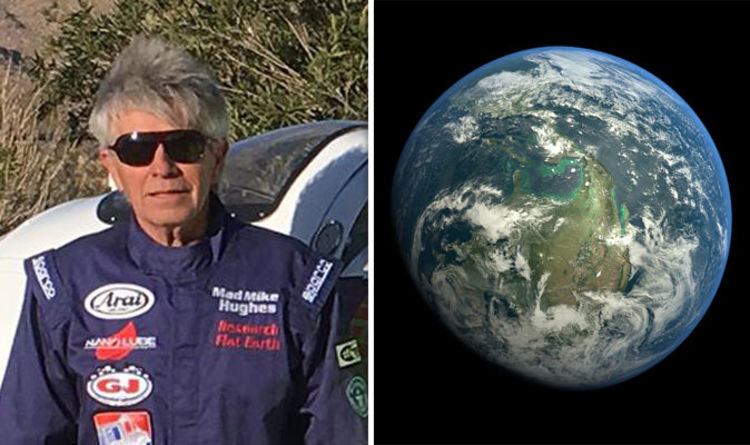 
“Mad” Mike Hughes is a flat-Earth conspiracy theorist who first attracted worldwide attention when he announced his plan to launch himself in a homemade rocket to photograph the Earth being “flat”.

But now he is getting significant attention for his repeated failed rocket launches after last Saturday when Noize TV live streamed his painful failed launch.

He said to a small crowd of reporters: “It’s just aggravating. I mean, what do you do?”

Mr Hughes claimed the launch was due to a faulty plunger or a blown o-ring.

But the rocket man said the launch could still happen this week, but he due in court on Tuesday because he is suing a range of officials from Governor Jerry Brown to US Senator Kamala Harris.

The flat-Earther cancelled his previous launch after the Bureau of Land Management found out that he planned to crash the rocket into public land.

His plan is to launch himself 1,800 feet (550 metres) above the desert in California and take photographs before bailing out in a parachute.

This is a height anyone could reach by climbing a very tall building or small mountain, but Hughes claims this will show the Earth is flat.

Before his planned launch last year he said: “I don’t believe in science.

“I’ll shut the door on this ball Earth.”

He went on to claim that NASA is controlled by round-Earth freemasons and Tesla-owner Elon Musk is making fake rockets.

He said: “It’s scary as hell but none of us are getting out of this world alive.

“I like to do extraordinary things that no one else can do, and no one in the history of mankind has designed, built and launched himself in his own rocket.

“I know about aerodynamics and fluid dynamics and how things move through the air, about the certain size of rocket nozzles, and thrust. But that’s not science, that’s just a formula.

“There’s no difference between science and science fiction.”

In January 2014 Mr Hughes reached a height of 1,374 metres when he launched himself in a rocket in Winkelman, Arizona.

He collapsed from the G-force afterwards and needed three days to recover.