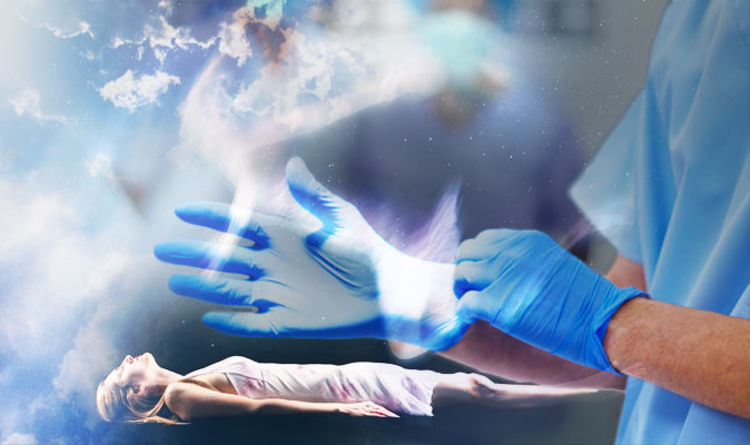 
Dr Eben Alexander believes he finally has an answer to the age old question; what happens when you die?

The 63-year old was suffering from a brain infection in 2008 when he fell into a week long coma.

Medical professionals did not give him much chance of surviving and Dr Alexander was so close to death he believes he got a glimpse of the afterlife.

In his book, Living in a Mindful Universe: A Neurosurgeon’s Journey Into the Heart of Consciousness, Dr Alexander says he was placed on a medical ventilator after doctors gave him just a two percent chance of survival.

At this point, the brain surgeon believes he began his ascent towards Heaven where he saw a strange light and heard music.

Dr Alexander said: “It was a circular entity, emitting heavily music that I called the Spinning Melody. The light opened up like a rip.

“And I felt myself going through the rip, up into a valley of lush and fertile greenery, where waterfalls glowed into crystal pools.

“There were clouds, like marshmallow puffs of pink and white.

“Behind them, the sky was a rich blue-back, with trees, fields and animals and people.

“There was water, too, flowing in rivers or descending as rain.

“Mists rose from the pulsing surfaces of these waters and fish glided beneath them.”

Dr Alexander is a strong believer in the afterlife, and said: “The evidence for near-death experiences is overwhelming.

“But the evidence for how they occur is virtually non-existent.”

However, scientists have in fact given a possible explanation.

Dr Parnia said there are scientific explanations for the reaction, and says seeing people is not evidence of the afterlife, but more likely the brain just scanning itself as a survival technique.

The Pacific Is Destined to Vanish as Earth’s Continents Meld Into a New Supercontinent : ScienceAlert
Deep Brain Simulation Could Alleviate OCD When Other Treatments Have Failed : ScienceAlert
Amazing New Fossils Provide Earliest Known Traces of The Evolution of Our Jaws And Limbs : ScienceAlert
‘Dark Data’ Is Leaving a Huge Carbon Footprint, And We Have to Do Something About It : ScienceAlert
Control of a 6-Qubit Processor in Silicon : ScienceAlert