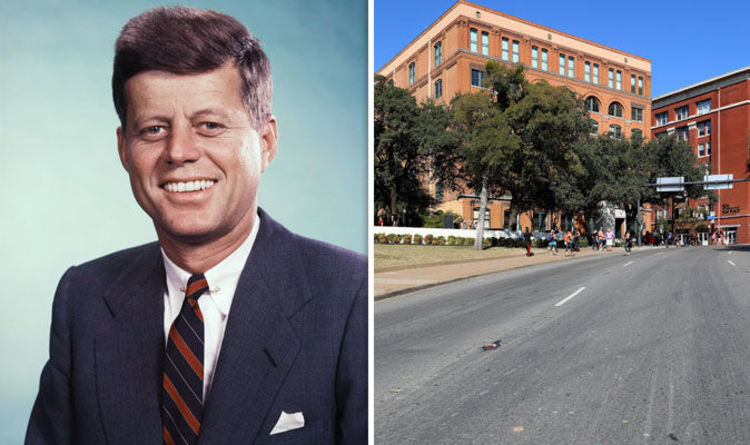 
The 35th President of the United States was shot dead in Dallas, Texas, US, on November 22, 1963, by Lee Harvey Oswal during the height of the Cold War. Both the FBI and the Warren Commission officially concluded that Oswald had acted alone in the assassination. However, various groups have challenged this over the years, believing the president was actually at the centre of a conspiracy.

One theory tries to prove the president was set up in a trap by his own men.

The route of Kennedy’s motorcade changed at the last minute, according to Jim Garrison’s book, “On the Trail of the Assassins”.

The former District Attorney of Orleans Parish, Louisiana, US, investigated the assassination himself in 1967.

He found original plans for the parade published in the Dallas Morning News showing it was supposed to head down Main Street, Dallas, but decided to redirect.

The chain of vehicles instead turned off Houston Street and then headed down Elm Street – a busy road with a number of buildings.

According to theories, there could have been several shooters placed around the area to make sure Kennady was hit.

However, holes have been found in Garrison’s story.

The main reason for not being able to see the turn on the newspaper may simply have been because the directions were too small to see.

In addition, the Dallas Times-Herald ran a much larger map of the motorcade route, which included the turn on to Elm Street.

The Dallas Morning News and Dallas Times Herald also both printed the correct descriptions two days before the incident.

It has now been 55 years since JFK was assassinated.

Although Oswald was arrested for the murder, he was never prosecuted as he was killed days later in a nightclub basement by owner Jack Ruby.

Ruby was sentenced to death but died while on appeal.