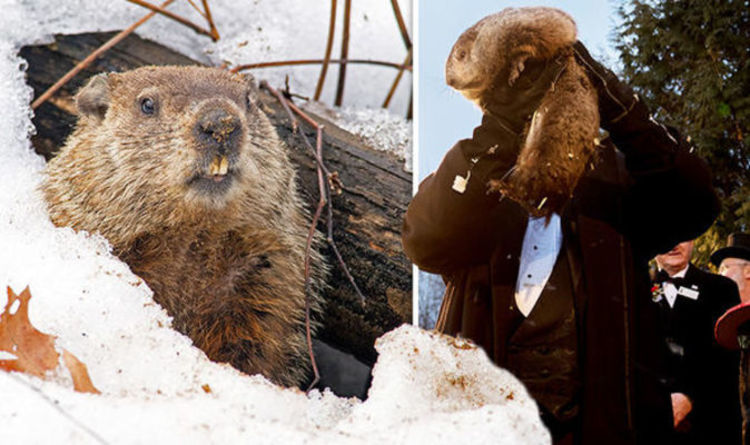 
But just how accurate is the rodent going to be?

The forecast was met with groans as it was delivered at just after 7.18am local time.

The US has already suffered a freezing winter with record-breaking cold temperatures freezing temperatures and the powerful winter storm “bomb cyclone”.

However, as traditional as the event may be, the forecast is hardly scientific.

Legend has it if the groundhog casts a shadow as it emerges on Groundhog Day, on February 2, people should brace themselves for six more weeks of winter-like weather.

No shadow means a warm spell with spring-like temperatures emerging.

This year, Paul cast a shadow, with the cold spell expected to continue.

So is he right?

According to a forecast from the Weather Channel for February winter-like conditions will remain across around half of the USA.

Western states plus the most southerly, including Texas and Florida will enjoy above average temperatures.

Meteorologist Domenica Davis said in a video for the channel: “The temperature outlook for February is in and it is showing the cold locked in over a good chunk of the country.

“In the mid-west down to south and off to the north-east we could even see well below average temperatures, so if you were hoping for a February warm up… it doesn’t look like it.”

So Paul may have hit the nail on the head, at least for his neck of the woods.

In truth, Phil’s prediction is decided ahead of time by the group on Gobbler’s Knob, a tiny hill just outside of Punxsutawney, around 65 miles northeast of Pittsburgh.

Researchers in South America Discover a New Species of Tiny but Tough Dinosaurs : ScienceAlert
Why Do Kids Get Worms, And What Can You Do to Prevent It? : ScienceAlert
Plants Have Been Keeping a Secret From Us About How Thirsty They Actually Are : ScienceAlert
The Moon Stole Something From Deep Inside Earth Eons Ago, and Scientists Can Prove It : ScienceAlert
‘Gifted’ Dogs Seem to Have This One Characteristic in Common : ScienceAlert