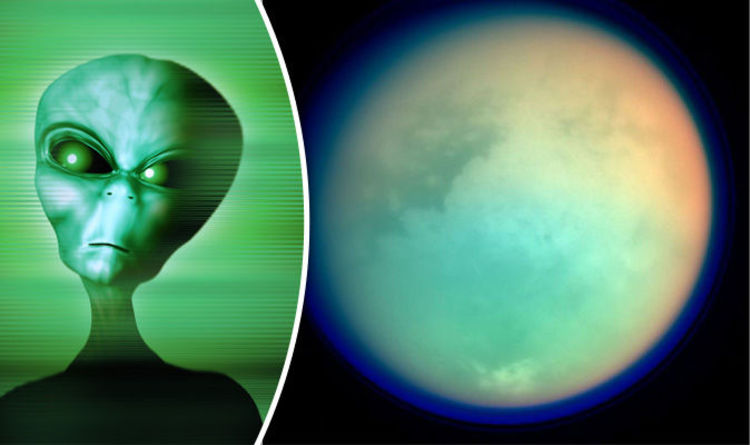 
After confirming the existence in Titan’s atmosphere of vinyl cyanide, NASA is trying to recreate the conditions in a lab to prove life could exist on the moon of Saturn.

On Earth, cell membranes are made up of molecular chains that combine phosphorus-oxygen heads and carbon-chain tails that bind to each other and allow them to survive in water, where they thrive on H2O.

Titan’s oceans however are made up of methane, so any cells in the water would have to be made up of nitrogen, hydrogen and carbon.

Previous studies containing these elements have shown that vinyl cyanide was the molecule most likely to form a membrane which could survive like an Earth-based membrane in the oceans of Titan.

NASA’s Cassini spacecraft has all but confirmed the presence of vinyl cyanide in Titan’s atmosphere, meaning a vinyl cyanide membrane could survive there.

Maureen Palmer, a researcher at NASA’s Goddard Space Flight Center in Greenbelt, Maryland, and lead author of a paper, said: “If membranes can be made in a lab with a simulation of Titan’s ocean conditions, it would make us more optimistic about them really forming on Titan.”

She adds that Titan is “an interesting chemical laboratory to study the boundaries of possible biochemistry for creating life”.

Cornell University’s Professor of Chemical and Biological Engineering Paulette Clancy said the findings were “an exciting validation of our prediction, since they also find that the concentration of vinyl cyanide is considerable enough to make self-assembly into azotosome-like vesicles a viable process”.

Prof Clancy said: “It also shows the power of molecular simulation to shine a flashlight onto the most promising candidates for prebiotic life in conditions that are difficult to emulate in the lab.”

Clinical Trial Restored Sight to 20 People With Corneas Made From An Unlikely Source : ScienceAlert
The Moon Stole Something From Deep Inside Earth Eons Ago, and Scientists Can Prove It : ScienceAlert
Astronomers Charted The Sun’s Life, And This Is How The Story Ends : ScienceAlert
New Predictions Reveal The Fate of The World’s Biggest Ice Sheet if We Don’t Act : ScienceAlert
Plants Have Been Keeping a Secret From Us About How Thirsty They Actually Are : ScienceAlert