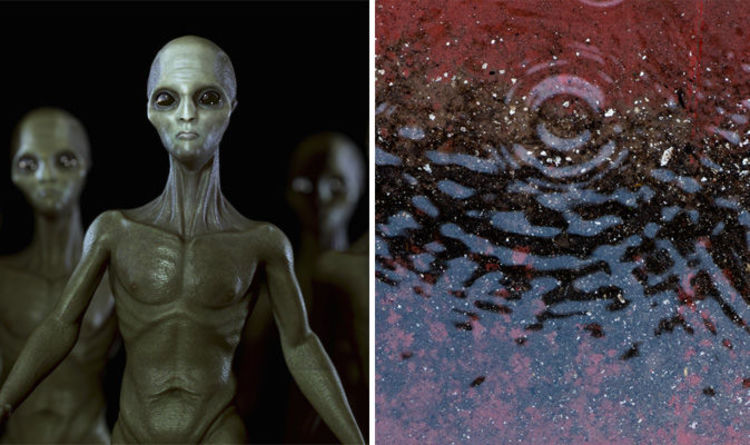 
Between July 25 and September 23 in 2001, Kerala, a state in India, was subjected to an odd red coloured rain which had not been seen before.

Scientists Godfrey Louis, a physicist based in Kerala, analysed the red rain drops expecting to find that they contained dust particles that would explain the bizarre colouring.

However, this was not what he found.

Dr Louis told an episode of ‘The Unexplained Files’ on the Science Channel: “Dust particles do not have this irregular shape. They are not transparent like this.”

The scientist believes that, following his analysis of the rain under the microscope, the particles in the droplets seemed as if they were alive with some of the characteristics similar of those to blood cells.

On closer inspection, he confirmed that they were not blood cells, but something similar which had not been seen before.

The official explanation given was the a meteor had exploded over the area of Kerala which resulted in the particles becoming merged with the rain.

This would suggest that there was life on the meteor which did not originate from Earth.

Dr Louis backed up this theory when he subjected some of the cells found in the rain to temperatures exceeding 572 degrees Fahrenheit – where the cells were still able to replicate.

The scientist continued: “It was growing at temperatures that would kill other lifeforms.”

British-based astrobiologist Chandra Wickramasinghe added that not only is the “alien rain” theory plausible, but is extremely likely.

This Seemingly Simple Foot Feature May’ve Allowed Sauropods to Become Giants : ScienceAlert
Robot Shows It’s Possible to Swim Through The Emptiness of a Curved Universe : ScienceAlert
Clinical Trial Restored Sight to 20 People With Corneas Made From An Unlikely Source : ScienceAlert
This Artificial Synapse Can Run a Million Times Faster Than Ones in The Human Brain : ScienceAlert
Minor Google Meltdown Exposes The World’s Utter Reliance on a Single Tech Company