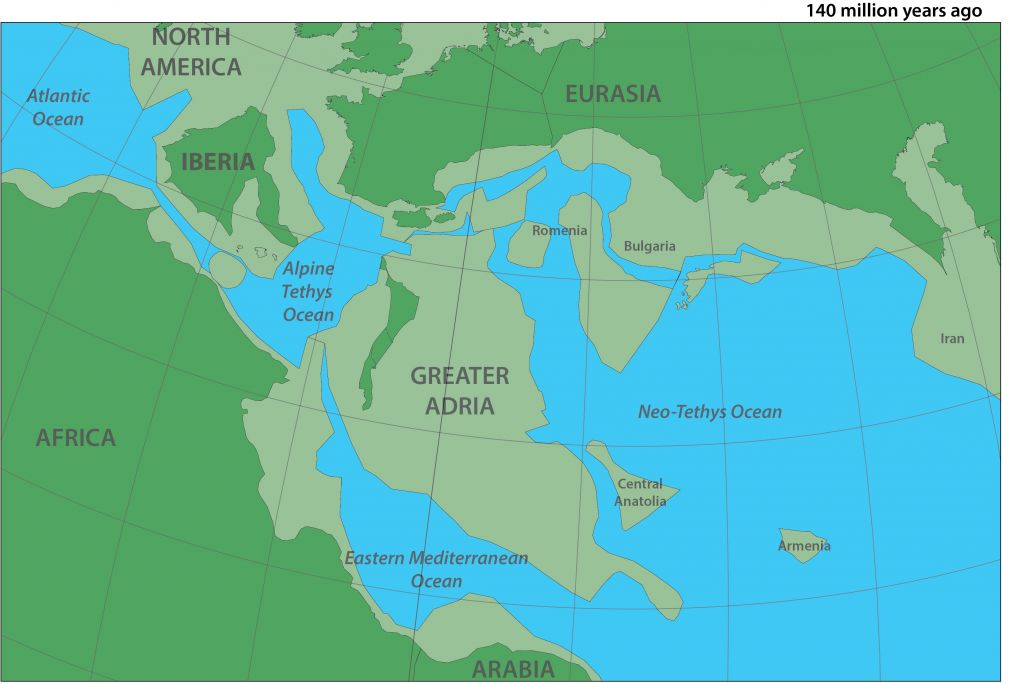 And researchers have created the most detailed reconstruction of it yet.

The lost continent “Greater Adria” emerged about 240 million years ago, after it broke off from Gondwana, a southern supercontinent made up of Africa, Antarctica, South America, Australia and other major landmasses.

Greater Adria was large, extending from what is now the Alps all the way to Iran, but not all of it was above the water. That means it was likely a string of islands or archipelagos, said lead author Douwe van Hinsbergen.

Great Adria would have been a good scuba diving region

Hinsbergen and his team spent a decade collecting and analyzing rocks that used to be part of this ancient continent. The mountain belts where these Greater Adrian rocks are found span about 30 different countries. Every country has their own geological survey and their own maps and their own stories and their own continents. With this study, the scientists brought that all together in one big picture.

Around 100 million to 120 million years ago, Greater Adria smashed into Europe and began diving beneath it — but some of the rocks were too light and so did not sink into Earth’s mantle. Instead, they were scraped off. This crumpling formed mountain chains such as the Alps. It also kept these ancient rocks locked in place, where geologists could find them.

With time the sediment around them turns into rock, freezing them in the orientation they were in hundreds of millions of years ago. Hinsbergen and his team found that in many of these regions, the rocks had undergone very large rotations.

What’s more, Hinsbergen’s team pieced together large rocks that used to belong together, such as in a belt of volcanoes or in a big coral reef. Moving faults scattered the rocks like pieces of a broken plate.

It’s like a big jigsaw puzzle, Hinsbergen said. “All the bits and pieces are jumbled up and I spent the last 10 years making the puzzle again.” From there, they used software to create detailed maps of the ancient continent and confirmed that it moved northward while twisting slightly, before colliding with Europe.