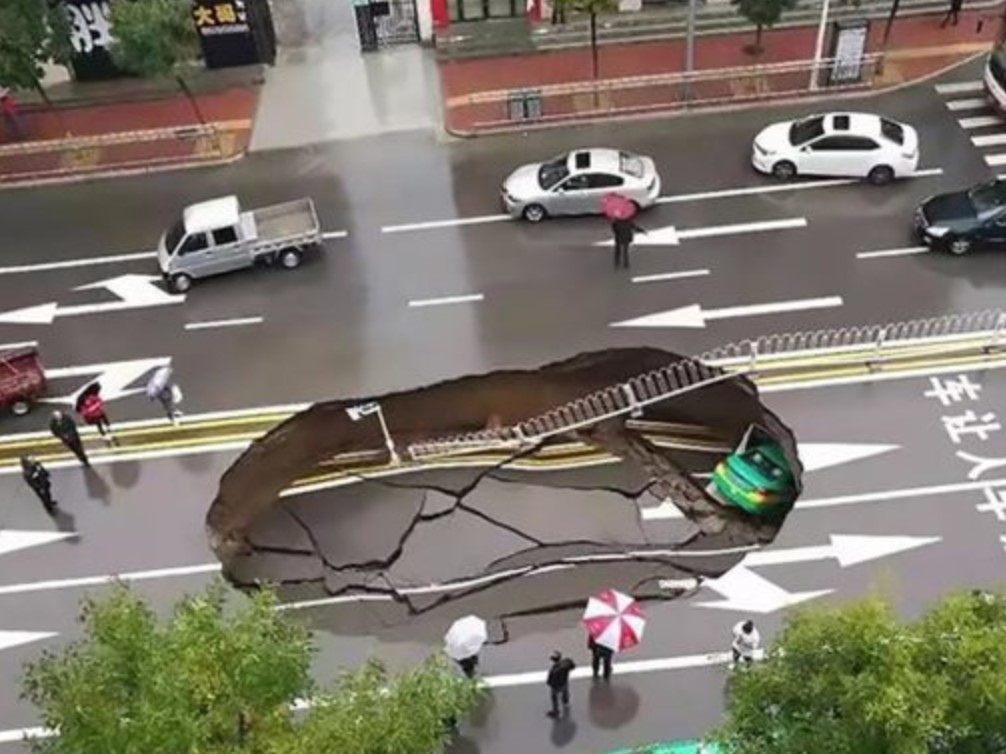 
A taxi driver had to sprint to freedom from his cab moments after it was swallowed up by an enormous sinkhole.

The cabbie, named Guo, ran from his car after the 13ft deep chasm opened up in Ningxia, northern China.

In this picture you can compare the size of the cars with that of the sinkhole. Pretty bad, isn’t it?