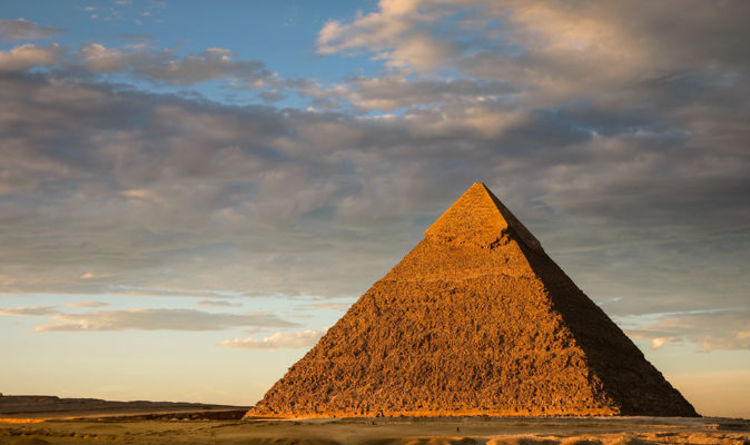 
Experts continue to unravel more and more mysteries of the 4,000 year old pyramid and the latest once could help boost renewable energy in the current day.

Scientists from Russia have discovered that Ancient Egypt’s biggest pyramid can focus electric and magnetic energy into its chambers to spark higher levels of energy.

Researchers state if the same effect can occur on a smaller scale, then it could lead to new and more efficient sensors and solar cells.

However, the experts behind the discovery stress that this does not mean that the Ancient Egyptians knew the Great Pyramid of Giza would do this and were unaware of its properties.

A statement from ITMO University, Russia, read: “While Egyptian pyramids are surrounded by many myths and legends, we have little scientifically reliable information about their physical properties.

“As it turns out, sometimes this information proves to be more striking than any fiction.”

The team used a combination of mathematics and physics to make the discovery, but also admitted that due to the lack of knowledge of the internal structure of the Great Pyramid, they did have to make some assumptions.

“We as scientists were interested in them as well, so we decided to look at the Great Pyramid as a particle dissipating radio waves resonantly.

“We had to use some assumptions.

“For example, we assumed that there are no unknown cavities inside, and the building material with the properties of an ordinary limestone is evenly distributed in and out of the pyramid.

“With these assumptions made, we obtained interesting results that can find important practical applications.”

The team will now create tiny structures which resemble the Great Pyramid.

Polina Kapitainova, faculty of physics and technology at ITMO University, said: “Choosing a material with suitable electromagnetic properties, we can obtain pyramidal nanoparticles with a promise for practical application in nanosensors and effective solar cells.”

There’s Trouble Bubbling Up in Newly Formed Alaskan Lakes, And Scientists Are Worried : ScienceAlert
A Robot on Mars Detected The Tremors of Meteorites Hitting The Red Planet : ScienceAlert
The Real Reason For Using Flight Mode Is Not What You Think : ScienceAlert
Why House Fly Barf Is an Overlooked Potential Vector of Disease : ScienceAlert
Experiment Reveals What 1 Hour in Nature Does to The Human Brain : ScienceAlert