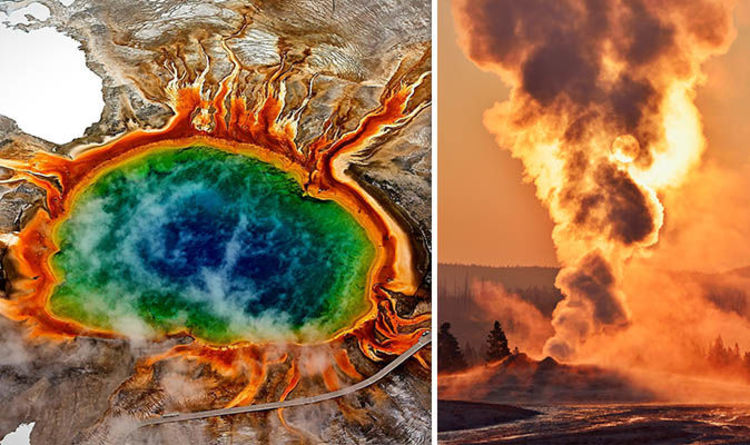 Fear and panic broke out overnight after Stephen Grand and Peter Nelson from the University of Texas, broke the silence on their shocking Yellowstone volcano discovery.

The two volcano researchers uncovered evidence of a plume “abnormality” underneath the volcano, in between the Earth’s core and mantle, which could run all the way to Mexico.

The findings of their research were published in the scientific journal Nature Geoscience and have already taken over the imagination of the public.

One Twitter user, @bud_cann, tweeted: “This can’t be good, ‘magma’ has been found beneath a Yellowstone volcano heightening fears that a major eruption is on the way.

“It’s a column of hot volcanic ash known as a magma ‘plume’ beneath the volcano, believed to stretch all the way from Mexico.”

Another person, @LizerReal said: “I really want to go to Yellowstone Park. But I’m also pretty sure that if I ever did, that’s when the super volcano would decide to erupt.”

A third person, under the Twitter handle @gypsie66 said we are overdue a cataclysmic event. 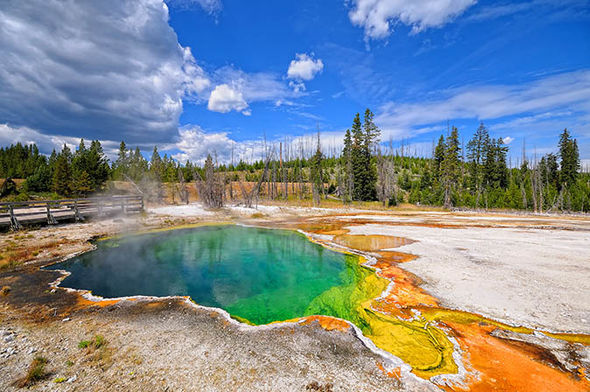 The person said: “This has happened many times over billions of tears, not anything we can do to control it.

“A meteor or mega volcano like Yellowstone will happen again.”

Fears of Yellowstone erupting come off the back of the Yellowstone National Park witnessing the world’s largest geyser eruption earlier this month.

Thankfully none of the findings presented in the study suggest Yellowstone is moments away from submerging the US in a volcano sea of magma.

Instead the Yellowstone researchers found what they describe as a “long, thin, slopping zone” roughly 72 by 55km in size inside of the mantle where seismic waves travel slower than in other areas.


Over the past several days, an earthquake swarm has been ongoing at Yellowstone


According to the study, the volcanic plume which is 600 to 800ºC warmer than surrounding areas is responsible for the volcanism witnessed in Yellowstone.

The study reads: “Our results strongly support a deep origin for the Yellowstone hotspot, and also provide evidence for the existence of thin thermal mantle plumes that are currently beyond the resolution of global tomography models.”

Deep beneath the rumbling geysers of Yellowstone Park is the monolithic Yellowstone Caldera – a combination of several volcanic hotbeds more than 2.1 million years old. 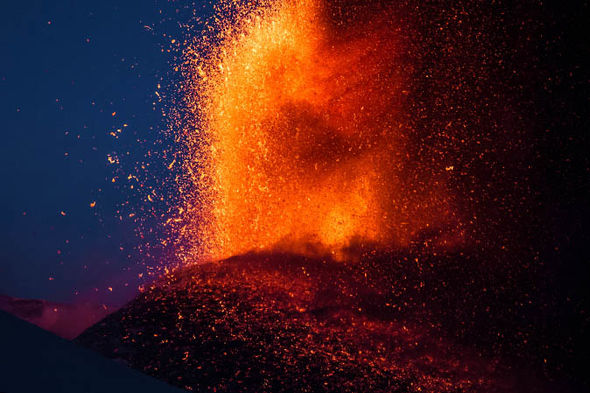 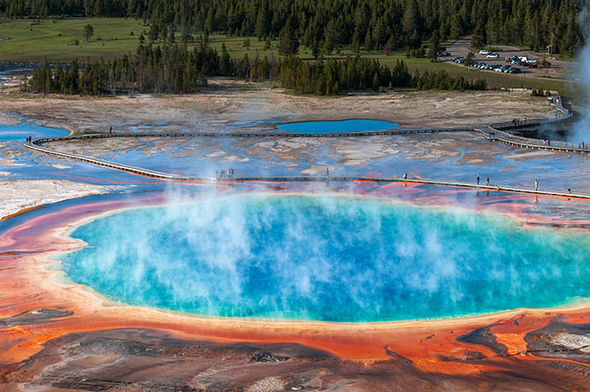 Yellowstone volcano eruption: Experts do not expect another eruption for millions of years

The last major Yellowstone eruption was registered 630,000 years ago and many now fear a deadly eruption is long overdue.

Earlier in February more than 200 earthquakes rocked Yellowstone over a 10 day period, according to the US Geological Survey (USGS), sparking fears of imminent eruption.

However the USGS assured the residents of the US East Coast, there was no immediate indication of danger.

The USGS said: “Over the past several days, an earthquake swarm has been ongoing at Yellowstone.

“Keep in mind that swarms like this account for more than 50 percent of the seismic activity at Yellowstone and no volcanic activity has occurred from any past such events.

“As of the night of February 18, over 200 earthquakes have been located in an area 13km (8 miles) North East of West Yellowstone, Montana.”

Other volcanologists have underlined Yellowstone is not bound to erupt anytime in our lifetime.

Ilya Bindeman, an associate professor of geological sciences at the University of Oregon, warned Yellowstone will eventually produce an apocalyptic eruption but not for another one to two million years.

The volcano experts said in 2014: “By performing micro-analytical isotopic investigation of tiny minerals in rocks, we are trying to understand when it’s done.

“We know the behaviour of the past and we know at what comparative stage Yellowstone is right now. We think Yellowstone is currently on a third cycle, and it’s a dying cycle.

“We’ve observed a lot of material that represent recycled volcanic rocks, which were once buried inside of calderas and are now getting recycled.

“Yellowstone has erupted enough of this material already to suggest that the future melting potential of the crust is getting exhausted.”

Babies May Not Be Born With a Microbiome After All, Scientists Say : ScienceAlert
People Who Don’t Exist Look More Real Than Actual People, Study Finds : ScienceAlert
Viagra Linked to Much Lower Risk of Death in Men, But Questions Remain : ScienceAlert
Physicists Break Record Firing a Laser Down Their University Corridor : ScienceAlert
Scientists Create Shapeshifting Humanoid Robot That Can Liquefy And Reform : ScienceAlert