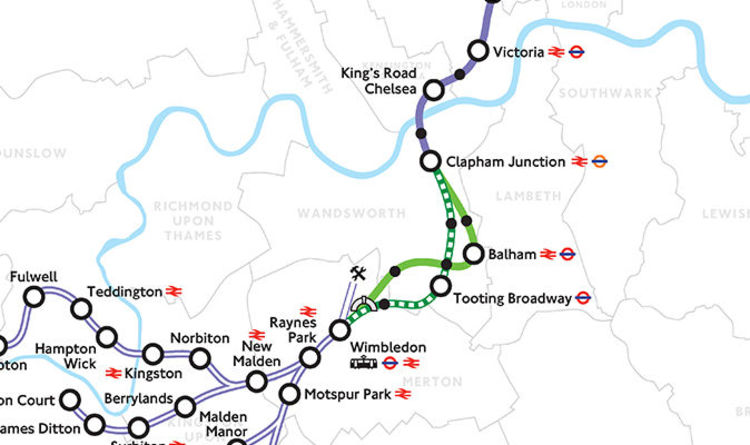 He said: “There’s one thing that will disturb spirits or ghosts, that that is the excavation – that’s why you hear when people start renovating their homes, and then you hear that they’re experiencing paranormal activity. It’s classic.

Mr Brooker told Tom Swarbrick that although no ghostly sightings had been recorded yet, “I suspect we will do when time passes.”

Mr Brooker also claimed an accident-prone spot of the M6 could be seeing more crashes than other sections of the road because it is haunted by the ghosts of Roman soldiers.

A series of strange phenomena have been reported by motorists between junction 16 and 19, including phantom lorries, spectral hitchhikers and sightings of legionnaires.

Mr Brooker says the disturbance caused by a £250million upgrade project could be to blame.

He said: “A number have people have come back and said, I thought this was just me.

“Obviously people get scoffed at or told that they’re a bit foolish, but they’ve been driving along and seen people stood on the hard shoulder, and it’s made them look, and when they look back there’s no one there.

“They get to that certain point between 16 and 19 and they’re hearing the clanking of metal, they can smell offal or wool burning and the sounds of noise.

“There’s two main schools of thoughts on this, one could be the slaughter of the Scottish army, and the other is a Roman burial ground.

“It could be both of them combined, it could be separate.”

He said a Roman burial ground in the area of the roadworks may have awoken 2,000-year-old spirits which now haunt motorists and cause crashes.

The 53-year-old, from Northwich, has dubbed the area ‘Cheshire’s Bermuda Triangle’ because of the relatively high number of accidents on the “treacherous” stretch of road.

Highways England is upgrading a 20-mile stretch of the M6 which will allow the authority to adjust speed limits in real-time in an effort to ease congestion and make the road safer.

But Mr Brooker warned accidents in the area will continue because the reason behind the accidents is a supernatural one and plans to investigate to uncover the cause.

Mr Brooker was unsure that spirits could ever prove to be friendly, warning that ghostly experiences were frequently “negative”.

“If you can imagine walking into a very black cloud. It’s that negative.”