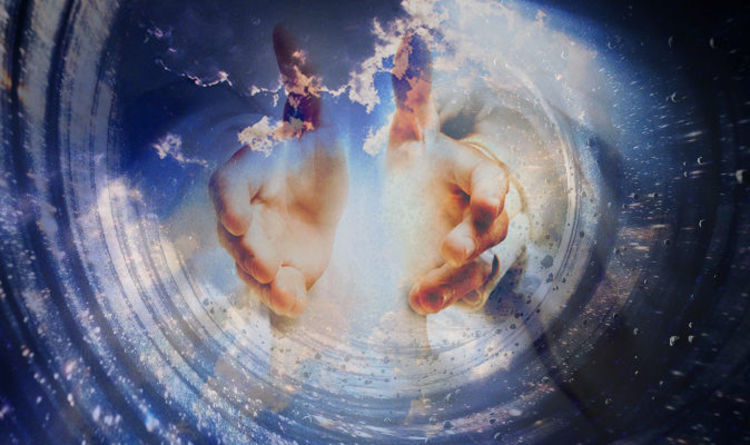 LIFE AFTER DEATH: Woman ‘taken through VORTEX to centre of universe to meet GOD’ (Image: GETTY)

The lady who gave her name only as Bridget said she saw the other side after a life ending car accident.

Paramedics arrived just in time to resuscitate her, but during the few minutes she was dead Bridget claims she was taken to another worldly realm where she met a higher power.

Bridget describes that when she was on the brink of death, she looked up and saw a vortex open up.

Writing for the Near Death Experience Research Foundation (NDERF) she said: “There was a hole in the sky surrounded by clouds and lightning like plasma.

“Within the hole were stars but, not the stars we see outside our atmosphere at night rather, it was the centre of the universe.

“Just outside the hole were light orbs going in and out of the hole, they were different brightnesses, colours, and shapes.”

At this point, Bridget believes she met God, who happened to be one of the “light orbs”.

Alongside God there appeared to be another light which Bridget perceived to be Jesus, the “guardian of our planet”.

Both God and Jesus taught her everything there is to know about the universe by taking her to the beginning of time.

Bridget continued: “I was not raised religious nor was I baptised. I could be wrong but it felt like what people call Christ.

“This was a being so pure, so benevolent, and so non-judgmental I could barely comprehend the level of compassion this being possessed in the small yet brilliant light that it was.

“I understood cosmology, biology, spiritualism, consciousness, being, non-being, physics, mathematics, I knew everything there is to know and un-know.”

Suddenly, Bridget was brought back to Earth with a thump as the paramedics resuscitated her.

Bridget says she travelled through a vortex (Image: GETTY)

However, Bridget’s experience is not unique.

Many survivors of NDE also claim to have seen God or a heavenly realm.

Scientists attribute this to the brain rapidly scanning itself for survival techniques, and perhaps as a last resort, subconsciously hallucinating a higher power.

Jesus was present in the vision (Image: GETTY)