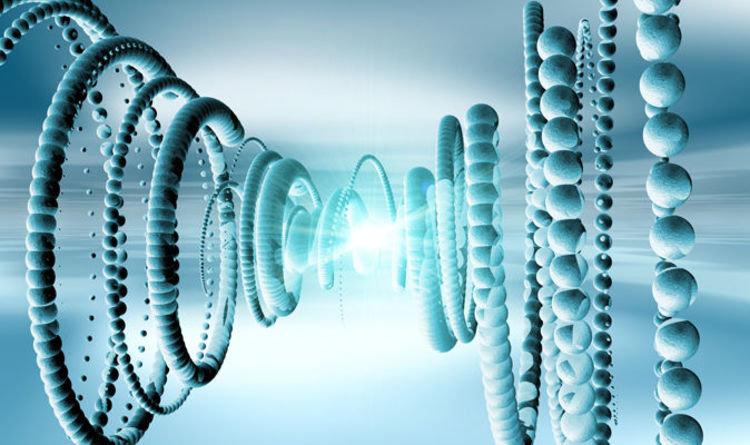 
After detecting a neutrino – also known as the “ghost particle” because it is notoriously difficult to observe – on September 22 last year at the IceCube observatory in Antarctica, scientists have managed to trace it back to a distant galaxy with a monstrous, spinning black hole – known as a ‘blazar’ – at its centre.

The black hole in question is emitting jets of light and radiation which are pointing in Earth’s direction.

By tracing the neutrino, which travels at almost the speed of light, back to the ‘blazar’, experts believe that the discovery will provide a totally new way of understanding the universe.

Scientists, until now, were unsure of how high energy particles, which were first discovered a century ago, traversed the cosmos and of their source, but by tracing a neutrino, the researchers say the subatomic particles could act as “messengers” which carry energy across the universe.

The researchers from Leicester University wrote in a statement: “Since they were first detected over one hundred years ago, cosmic rays—highly energetic particles that continuously rain down on Earth from space—have posed an enduring mystery: What creates and launches these particles across such vast distances? Where do they come from?”

They added in a research paper published in the journal Science: “Blazars may indeed be one of the long-sought sources of very-high-energy cosmic rays, and hence responsible for a sizeable fraction of the cosmic neutrino flux observed by IceCube.”

Doug Cowen, a founding member of the IceCube collaboration and professor of physics, astronomy and astrophysics, said: “This identification launches the new field of high-energy neutrino astronomy, which we expect will yield exciting breakthroughs in our understanding of the universe and fundamental physics, including how and where these ultra-high-energy particles are produced.

“For 20 years, one of our dreams as a collaboration was to identify the sources of high-energy cosmic neutrinos, and it looks like we’ve finally done it!”

We Just Got Our Closest View of Europa in 20 Years, And We Can’t Stop Staring : ScienceAlert
These Are The Most Distant Star Clusters Ever Seen, And We Nearly Missed Them : ScienceAlert
Watch a Tiny Robot Blob Transform Into Even Tinier Bits to Squeeze Through Cracks : ScienceAlert
Ancient Maya Cities Appear to Have Been Riddled With Mercury Pollution : ScienceAlert
A New FRB Signal Has Buzzed Nearly 2,000 Times in Just Two Months, Raising a Mystery : ScienceAlert