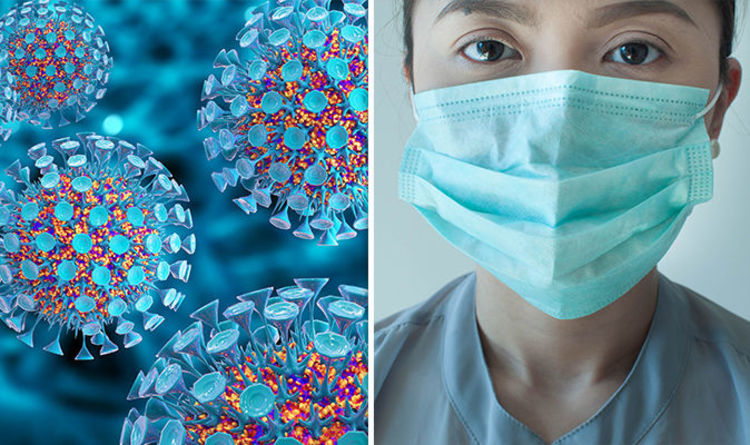 
Chair of the Global Health Council Dr Jonathan Quick said there could be flu pandemic which could kill 300 million people within 200 days and could even strike “tomorrow”.

Prof Dingwall, another flu expert, warned it can be very difficult in preventing a pandemic once the virus is out there.

He said: “Flu is very infectious and there is nothing much you can do to stop it moving about the planet.

“People tried in 2009 with a screening at airports but it doesn’t work because people are infectious for around four days before they get symptoms.

“There is a very limited amount you can do, there are personal hygiene measures, washing your hands and trying to avoid putting your hands on contaminated surfaces in public than in your mouth.

“But frankly, you’re just as likely to catch it from passing a person in the street who’s sneezed.”

According to Prof Dingwall, flu pandemics happen once in a generation.

Previous pandemics including the 2009-10 swine flu and the deadly Spanish flu pandemic in 1918 which killed up to 100million lives.

He added: “A pandemic is when we see a shift, a really radical change that means the population has no real resistance to it.

But there are measures being taken to prevent any more devastating outbreaks.

A new vaccine is being developed by scientists at the University of California, Los Angeles, in hopes of bringing the reality closer.

The experimental inoculation was found to protect mice from two different strains in lab tests.

The aim is for a universal jab to replace the yearly one, which is developed based on predictions from the World Health Organisation.

Scientists try to identify the most likely strains to infect people a year ahead of time.

This means unexpected strains can cause pandemics.

Medical director and head of health protection at Public Health England Dr Paul Cosford said the latest figures showed flu is still a problem across the UK, but infections have peaked”.

He added: “In order to prevent the spread of flu, it is important to practice good respiratory and hand hygiene and to avoid close contact with others who have flu symptoms.”

Scientists Discover a Weird New Form of Ice That May Change How We Think About Water : ScienceAlert
A Planet Almost Exactly Earth’s Size Has Been Found 72 Light-Years Away : ScienceAlert
Astronomers Pinpoint The Mysterious ‘Engine’ of a Super-Powerful Intergalactic Light : ScienceAlert
How a Dead Girl in Paris Wound Up With The Most-Kissed Lips in All of History : ScienceAlert
Bar Graphs Induce a Hidden Bias in Interpretation, Experiment Shows : ScienceAlert