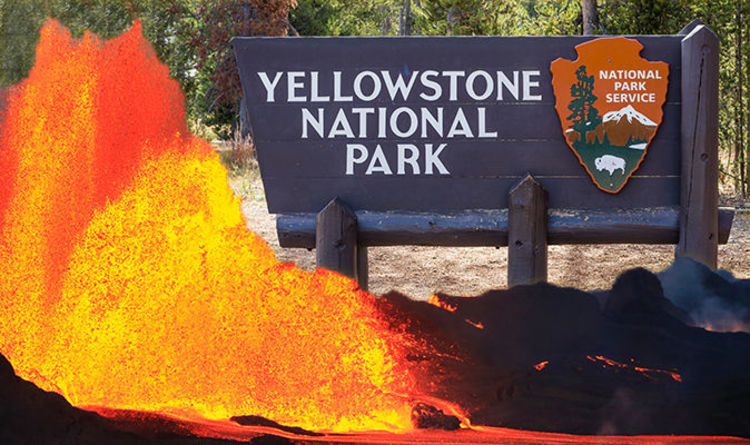 
Three earthquakes in the last seven days around the Yellowstone Caldera has triggered concern that the volcano could erupt.

A 1.6 magnitude quake five days ago was quickly followed by a tremor of the same magnitude on the same day.

Two days later, another 1.6 magnitude tremor struck the region, taking the total to 11 earthquakes in the last month.

Typically, when there are tremors around a volcano, it is a sign the magma is recharging and could lead to an explosion.

Residents near to the volcano have taken to social media to voice their concerns that the volcano could blow.

Catalina Tucker said: “All I can say is if I lived anywhere near this monster I would definitely be moving somewhere else. This volcano is so dangerous and it IS gonna blow.”

However, experts say an earthquake swarm is not necessarily an indication that a volcano will erupt.

Jamie Farrell at the University of Utah in Salt Lake City has said: “Earthquake swarms are fairly common in Yellowstone.

“There is no indication that this swarm is related to magma moving through the shallow crust.”

If the volcano were to erupt it would kill an estimated 87,000 people immediately and make two-thirds of the USA immediately uninhabitable.

Deep-Sea Sponges Can ‘sneeze’ Out Mucus, and The Footage Is Weirdly Mesmerizing : ScienceAlert
Plants Have Been Keeping a Secret From Us About How Thirsty They Actually Are : ScienceAlert
Robot Shows It’s Possible to Swim Through The Emptiness of a Curved Universe : ScienceAlert
This Seemingly Simple Foot Feature May’ve Allowed Sauropods to Become Giants : ScienceAlert
The Moon Stole Something From Deep Inside Earth Eons Ago, and Scientists Can Prove It : ScienceAlert