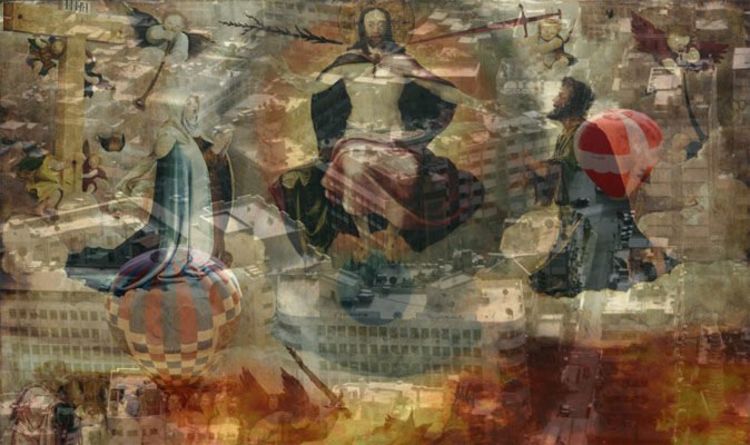 
Isaiah 17 is the seventeenth chapter of the Book of Isaiah in the Hebrew Bible or the Old Testament of the Christian Bible. This is a chapter that contains a prophecy about the total destruction of the city of Damascus and several other Mideast locations. Damascus is considered one of the oldest continuously inhabited cities in the world, if not the oldest, so the prophecy appears to be unfulfilled as of the time of this writing.

Isaiah prophesied the destruction and abandonment of Damascus, Syria over 2,700 years ago. Yet the city continues today.

According to the text in Isaiah 17:1: “The burden of Damascus. Behold, Damascus is taken away from being a city, and it shall be a ruinous heap.”

Isaiah 17 verse one opens with the words “the burden of Damascus”, which indicates that Damascus is the subject of a troublesome prophecy.

The troublesome nature of the prophecy is immediately revealed with verse one describing the city of Damascus as “a ruinous heap”.

In addition, Aroer (a city located in modern day Jordan) and Ephraim (northern Israel) are also described as desolate and forsaken.

Verse (2) said: “The cities of Aroer are forsaken: they shall be for flocks, which shall lie down, and none shall make them afraid.

Other places in Syria will likely be impacted as well as Isaiah mentions “the remnant of Syria”.

Verse (3) said: “The fortress also shall cease from Ephraim, and the kingdom from Damascus, and the remnant of Syria: they shall be as the glory of the children of Israel, saith the LORD of hosts.”

In verse four, the phrase “in that day” appears in Isaiah 17:4, which in an end time context refers to the Day of the Lord.

Verse (4) warned: “And it shall come to pass on that day, that the glory of Jacob shall become impoverished and the fatness of his flesh shall become emaciated.”

The appearance of this phrase suggests the destruction of Damascus will likely occur around the approximate time of the Day of the Lord.

The Day of the Lord refers to the end of times when when Jesus returns at Armageddon to bring justice to the world and defeat evil once and for all.