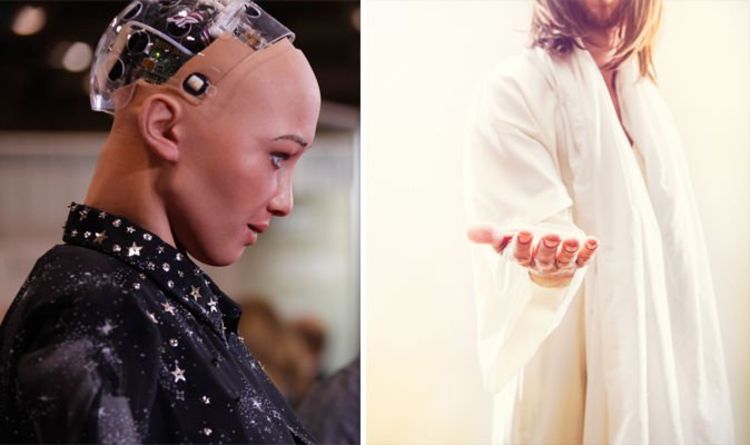 
Some Christians believe Jesus Christ will soon return to Earth, which will spark armageddon. Believers claim there is a plethora of signs and one is the technological revolution which is in full swing. One Christian conspiracy theorist believes it is fully laid out in the bible that when technology consumes our lives, this means that Jesus’ return is imminent.

One passage in particular catches the eye in terms of a technological rise.

Daniel 12:4 NLT reads: “Seal up the book until the time of the end, when many will rush here and there, and knowledge will increase.”

The line “knowledge will increase” has been interpreted as the rise of technology.

“We can certainly see how that is happening in the fields of genetics, robotics, artificial intelligence, quantum computing, etc.”

This is apparently not the only sign of Jesus’s return, according to the blog.

The author states that an increase in CCTV is paving the way for the Antichrist to take over the world.

The is supposedly apparent from the passage in Revelation 13:7 NIV, which reads: “It was given power to wage war against God’s holy people and to conquer them. And it was given authority over every tribe, people, language and nation.”

Sign Post of the End Times interprets this, by saying: “Advances in surveillance technology is quickly bringing about the ability of governments everywhere to implement Orwellian surveillance/police states that will be able to monitor and control every citizen.

“One day this will become global under the rule of the future Antichrist as he will be given authority over every man, woman and child on planet Earth.”