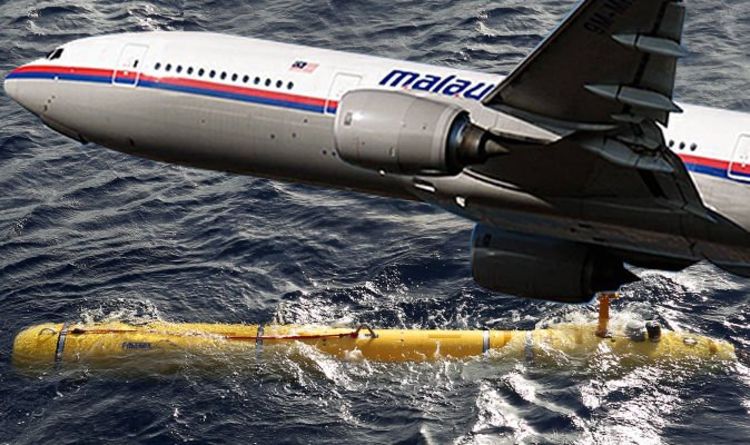 
The Boeing 777 disappeared without a trace on March 8 2014, en route from Kuala Lumpur to Beijing carrying 239 people. A former navy officer and managing director of Daedalus Maritime, an independent maritime operations and marine engineering consultancy, believes he has the answer as to why it was never found. According to Daniel Holland, whilst the pings detected were genuine, they may not have been coming from as close by as originally thought.

He claimed that salt in the water and differing temperatures can affect the pings.

Mr Holland said: “What they were ignorant of the time and only admitted later on, was that they were picking up the pings from the recorder due to convergence zone acoustics due to the northern and southern Indian Oceans.

“What this means is, that the due to the salinity of the sea water and where warm and cold sea water meets it can allow underwater acoustics to be detected hundreds of miles away and make it sound like it is very near.”

The former navy officer claimed that this is a “very common issue” for submariners, especially when tracking targets.

He added that submariners have to do constant analysis of the water temperature and salinity just to make sure they are not chasing something miles away.

Mr Holland believes this is why they never found the wreckage of MH370 where they expected to find it in the sea.

However, he maintains that the search should be centred around the “northern airway” in the northern Indian Ocean as this is where he believes it crashed.

He said: “The reason I say this is my knowledge of tides and currents from numerous years as a navy officer, my knowledge of air traffic control theory and also from working in maritime intelligence and using numerous tools and theories daily.”

However, he admitted that he couldn’t be sure what really happened to the missing aeroplane.

He said: “The truth may never be known and be one of those one in a million things that can’t be solved quickly or ever.”

In recent weeks, relatives and loved ones of those who were on board MH370 when it disappeared, presented new evidence to the Malaysian government.

The group believed they had found more debris belonging to the aircraft at various locations.

They urged a new search to be launched based on the new evidence.

Colossal Discovery on Mars Could Drive Surging Magma Under The Surface : ScienceAlert
Astronomers See a Star’s Final Scream Into a Black Hole Halfway Across The Universe : ScienceAlert
A ‘Wormhole’ Built on a Quantum Computer Teleported Information as Predicted : ScienceAlert
Engineers Propose an Ambitious Plan to Bury Excess Carbon at The Bottom of The Ocean : ScienceAlert
Lyme Disease Is on The Rise, But There Might Be Hope in a New Vaccine : ScienceAlert