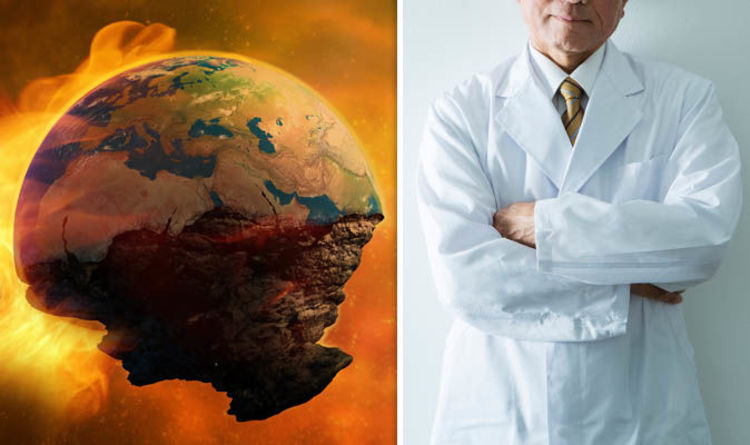 
Around 20,000 scientists from all walks of life believe that humans are not doing enough to avert cataclysmic disaster – warning it could now be “too late”.

In a paper titled “World Scientists’ Warning to Humanity: A Second Notice”, the scientists spurned humanity to save the planet.

It says: “Humanity is now being given a second notice, as illustrated by these alarming trends.

“We are jeopardising our future by not reining in our intense but geographically and demographically uneven material consumption and by not perceiving continued rapid population growth as a primary driver behind many ecological and even societal threats.

“Soon it will be too late to shift course away from our failing trajectory, and time is running out.

“We must recognise, in our day-to-day lives and in our governing institutions, that Earth with all its life is our only home.”

The letter follows a similar declaration penned by the Union of Concerned Scientists 25 years ago in 1992.

The 1992 World Scientists’ Warning to Humanity note called on humankind to “curtail environmental destruction” which was pushing Earth to the brink of collapse.

But it appears as though the warning has fallen on deaf ears and we have now unleashed a “mass extinction event” on the planet – the sixth in just 540 million years.

According to the paper, many life forms will forever perish off the face of the planet by the end of the current century.

The study’s authors underlined humanity’s rate of expansion was lethal challenge to the planet’s delicate ecosystems.

They said: “There are critical environmental limits to resource-dependent economic growth.”

At the time of release the “Warning” quickly rose in the ranks as one of the most widely read academic papers in the world.

In fact at one point it was the sixth most read paper among nine million other papers on the Altmetric scale, which tracks research paper circulation.

The paper was also brought before world leaders from Israel to Canada.

He said: “Let us collectively reflect upon the warnings fi the world scientists as well as the words of Governor Jay Inslee who addressed the legislators yesterday in reference to tackling climate change as he noted.

“This is one of the greatest challenges of our time if we are remembered for anything a hundred years from now, this is what we will be judged on. It is time for us to rise to that challenge.”

Professor William Ripple from Oregon State University, who led the letter, noted: “Our scientists’ warning to humanity has clearly struck a chord with both the global scientific community and the public.”

How a Dead Girl in Paris Wound Up With The Most-Kissed Lips in All of History : ScienceAlert
A Billion-Dollar Biotech Company Plans to Bring The Dodo Back to Life : ScienceAlert
Scientists Discover a Weird New Form of Ice That May Change How We Think About Water : ScienceAlert
Astronomers Find What May Be a Habitable World 31 Light-Years Away : ScienceAlert
Super-Rare Star System Is a Giant Cosmic Accident Waiting to Happen : ScienceAlert