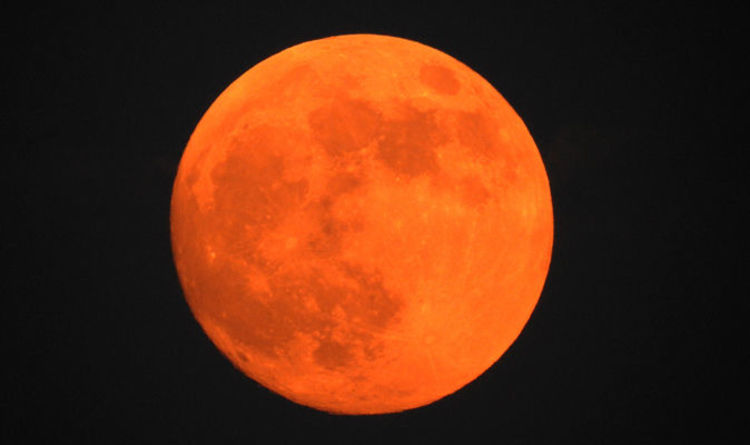 
While a lunar eclipse is not so rare in itself, the fact that it is combined with a blue moon and a supermoon make this a once in a lifetime viewing.

Skywatchers on the US’s west coast will have the best views of the eclipse, with NASA confirming that residents of Hawaii, Alaska and California all the way up to western Canada should be able to see the entire display, weather permitting.

Gordon Johnston, NASA program executive and lunar blogger, said: “For the continental US, the viewing will be best in the west. Set your alarm early and go out and take a look.”

Totality will last a full 1 hour and 14 minutes, ending at 6.05am, leaving plenty of time to take in the breathtaking views.

The moon appears with a red twinge over America as, when it is behind our planet, the Earth’s atmosphere bends the light, giving it the blood-like colour – hence the name blood moon.

It is also given the name blue moon – which is the technical term given to a total lunar eclipse that involves the second full moon in a month.

The first full moon took place in the first few days of 2018.

Amazing New Fossils Provide Earliest Known Traces of The Evolution of Our Jaws And Limbs : ScienceAlert
Fossil-Filled Australian Caves May Be 500,000 Years Older Than We Thought, Study Finds : ScienceAlert
Deep Brain Simulation Could Alleviate OCD When Other Treatments Have Failed : ScienceAlert
We Just Got Our Closest View of Europa in 20 Years, And We Can’t Stop Staring : ScienceAlert
Still Short of Breath? Here Are 3 Ways COVID-19 Can Damage Lungs Long Term : ScienceAlert