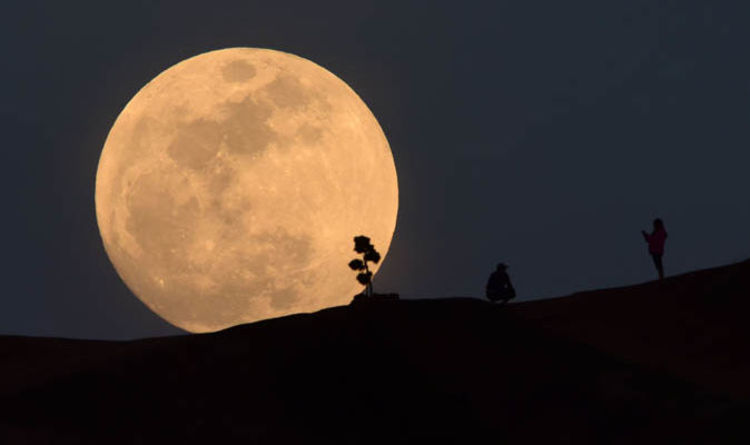 The earthquake shook the Afghan capital of Kabul and officials said a young Pakistani girl was killed and five others were injured after roofs collapsed on homes in the village of Lasbela in Pakistan’s Baluchistan province, CBS reports.

The epicentre was near the city of Jarm and struck at a depth of 191.2km in the Hindu Kush region.

The tremors were felt in neighbouring Pakistan and as far afield as New Delhi in India where people reportedly fled from their homes, shops and offices.

Was the Afghanistan earthquake caused by the Super Blue Blood Moon?

The earthquake which registers as ‘strong’ on the Richter scale coincides with a Super Blue Blood Moon.

The lunar eclipse will enter its blood moon stage late on Wednesday January 31, at about 5.20pm in Kabul, Afghanistan and 6.20pm in New Delhi, India.

There has been a long-held belief that just as a full moon has the strongest tidal pull, it can also place more stress on the Earth’s crust and increase the chance of a fault line slipping.

However Susan Hough of the US Geological Survey has concluded this belief has no basis after matching dates and lunar phases to more than 400 earthquakes of magnitude 8 or larger.

Dr Hough looked at the day of the year and the lunar phases of only larger earthquakes, as they are less likely to be an aftershock of a bigger earthquake.

In her analysis published in the Seismological Research Letters, she randomised the dates of the earthquakes to find out what patterns would appear in this random data and the patterns in the random data were no different to the patterns showing up in the original data.

The seismologist did note some unusual “signals” in the original data.

For example, a number of earthquakes occurred on a single day seven days after the new moon. However,she said the signal was not statistically significant.

“The lunar tides would be at a minimum at this point, so it doesn’t make any physical sense,” she said.

There is some data which shows that the Moon and the Sun can cause solid Earth tidal stresses – ripples through the Earth itself and not water hitting the coastline.

“There is some cases a weak effect, where there are more earthquakes when tidal stresses are high,” Dr Hough said.

“But if you read those papers, you’ll see that the authors are very careful. They never claim that the data can be used for prediction because the modulation is always very small.”

She explained the link between earthquakes and lunar activity dates a far back as Charles Richter times, with people writing to him claiming the same theory as today.

“Sooner or later there is going to be another big earthquake on a full moon, and the lore will pop back up,” she said.

“The hope is that this will give people a solid study to point to show that over time, there isn’t a track record of big earthquakes happening on a full moon.”

Therefore, there is no solid data to confirm or link the Afghanistan earthquake to the Super Blue Blood Moon or any seismic activity to lunar events.