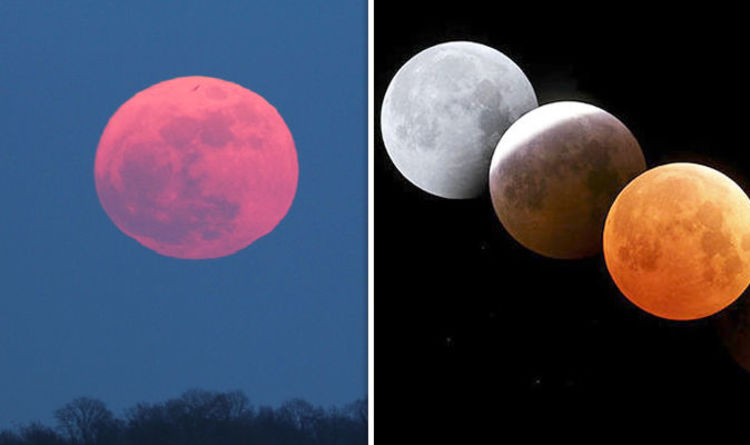 Minnesota, Wisconsin and northern parts of Michigan will see the thickest clouds

Unfortunately, the middle of the US will not provide the most ideal viewing situations – the lack of visibility is caused by a storm that is currently covering the west of Ontario.

A process called overrunning will occur when devastating winds blow thanks to the storm that will launch a stream of mild air across a zone of colder air.

Overrunning will bring clouds over northern and central Great Plains as well as parts of the Great Lakes.

The light of the super blue blood moon may shine through the thickening clouds, but this will cause residents in the area to be greeted with a distorted view overall.

Minnesota, Wisconsin and northern parts of Michigan will see the thickest clouds.

However, New England, New York, Piedmont and the south-east coast will have clearer views of the incredible event.

The direction of an Arctic cold front positioned over the Plains states could impact the visibility over Washington state, Idaho and Wyoming.

Despite the forecast lack of visibility in some areas, the cloud could clear in time for observers to take in the super blue blood moon.

Viewers can expect to see a blue moon – the second full moon in a calendar month – orbiting closer to the Earth than usual, making it seem up to 14 percent larger in the sky. 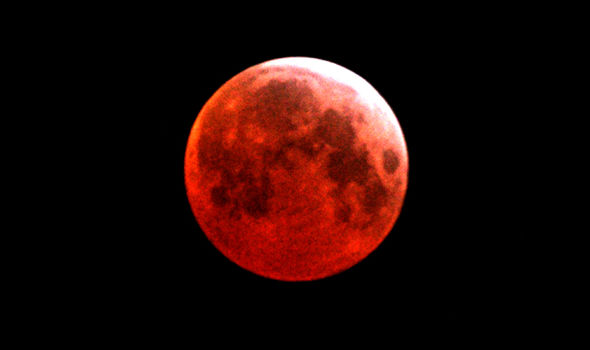 Mr Johnston explained: “For the continental US, the viewing will be best in the West. Set your alarm early and go out and take a look.

“Weather permitting, the West Coast, Alaska and Hawaii will have a spectacular view of totality from start to finish.”

Astronomer Brad Tucker, from the Australian National University, said that the red appearance of the moon is caused by light bending and filtering properties our the atmosphere. 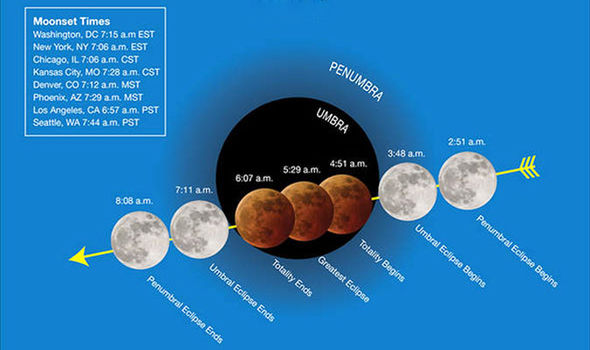 He declared: “That red appearance is really the sunrise and the sunset of the Earth falling on the Moon.”

Below is a breakdown of what time totality will occur across the United States (All local times):

Amazing New Fossils Provide Earliest Known Traces of The Evolution of Our Jaws And Limbs : ScienceAlert
A New FRB Signal Has Buzzed Nearly 2,000 Times in Just Two Months, Raising a Mystery : ScienceAlert
A Stunning New 3D Model of The Cat’s Eye Nebula May Help Us Solve Its Mysteries : ScienceAlert
Bitcoin’s Climate Impact Is Bigger Than Beef Farming – And It’s Only Getting Worse : ScienceAlert
Shimmering ‘Lakes’ Under The South Pole of Mars Might Be Something Else Entirely : ScienceAlert