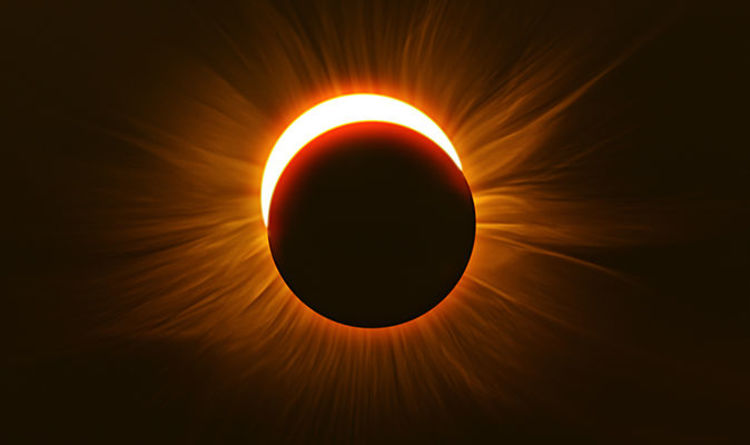 
Most skywatchers will be out of luck if they were hoping for a glimpse of the phenomenon.

The moon’s shadow will mostly fall over the open waters in the southern hemisphere between Australia and Antarctica.

The area where the Indian and Pacific Oceans merge is thought to be where the eclipse will be most visible.

People living in the territories of Southern Australia and Victoria and on the island of Tasmania are likely to be able to see the natural beauty.

Watchers on the south island of New Zealand may also get a glimpse.

But even then, it will only be a brief view of the moon over the sun.

Viewers in Tasmania will see about ten percent of the sun’s diameter eclipsed.

But, in Melbourne, it will be barely a blip, with only 2.5 percent of the total sun’s surface covered.

The only area where a significant portion of the sun will be covered is over Antarctica, where a third of the star is expected to be blurred by the moon.

NASA’s Goddard Space Flight Center calculated the eclipse will peak, the so-called greatest eclipse, at 3.02am UT or 4.02am BST.

But the good news is just four weeks later, on the morning of Saturday, August 11, another partial solar eclipse will pass over parts of Europe and Asia.

The International Astronomical Union’s Working Group said: “The Norwegian-controlled Archipelago of Svalbard, site of visibility of a total solar eclipse in 2015, will have a 45 percent partial eclipse.

Astronomers in the Swedish city of Kuruna and Tromso in Norway will see the eclipse at 25 and 29 percent coverage respectively.

Further east in Moscow, stargazers will only see about two percent of the sun disappear.

Hubble And Webb Pics Reveal DART Impact Was Even Bigger Than Expected : ScienceAlert
Ancient Burial of a Young Girl Shows How We Carried Our Babies 10,000 Years Ago : ScienceAlert
Experts Estimate The Scale of The Nord Stream Pipelines Methane Leak : ScienceAlert
Control of a 6-Qubit Processor in Silicon : ScienceAlert
A Rare Condition Makes Hair Truly Untamable, All Thanks to These Genes : ScienceAlert