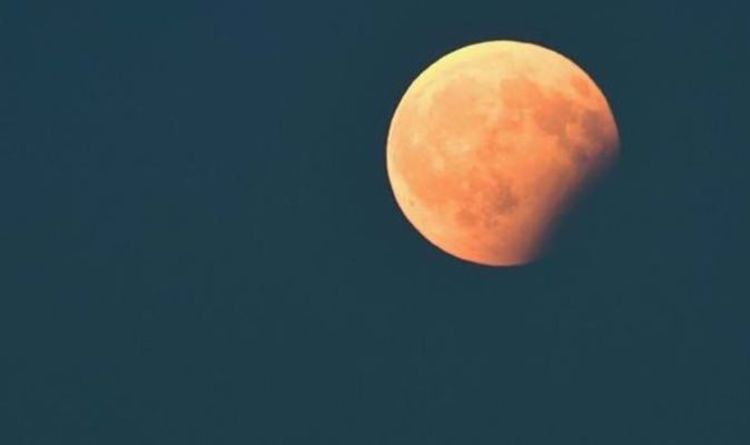 
The rare total takes place on Wednesday, January 31, combining a total of three lunar phenomenon: A supermoon, a blue moon and a blood moon.

Tom Kerss, an astronomer at the Royal Observatory, said: “There’s a huge amount of interest in super moons at the moment – a lot of interest in a full moon, but it could be a phase.

“There is just a renewed interest in moon watching and we did have some really unusually large super moons at the end of last year and the beginning of this year.

HOW TO WATCH: Solar eclipse 2018 – Where to see Super Blue Blood Moon

“Because we’ve got a second full moon this month, we actually have what we call a blue moon – more of a modern colloquialism, the definition sort of got changed in the 20th Century.

“A blue moon now is generally accepted as being the second full moon in a month, and because both of January’s moons are super moons, technically speaking, it’s quite an exciting month for moon watchers.”

Viewers can be expected to see a blue moon orbiting closer to the Earth than usual, making it seem 14 percent larger in the sky.

A blood moon will also be visible across parts of the world, a total eclipse turning the moon a coppery red colour.

Mr Johnston explained: “For the continental US, the viewing will be best in the West. Set your alarm early and go out and take a look.”

He added: “Weather permitting, the West Coast, Alaska and Hawaii will have a spectacular view of totality from start to finish.”

Hubble And Webb Pics Reveal DART Impact Was Even Bigger Than Expected : ScienceAlert
Still Short of Breath? Here Are 3 Ways COVID-19 Can Damage Lungs Long Term : ScienceAlert
Shimmering ‘Lakes’ Under The South Pole of Mars Might Be Something Else Entirely : ScienceAlert
Termites Love Global Warming So Much That They May Make It Worse, Says Study : ScienceAlert
A Stunning New 3D Model of The Cat’s Eye Nebula May Help Us Solve Its Mysteries : ScienceAlert