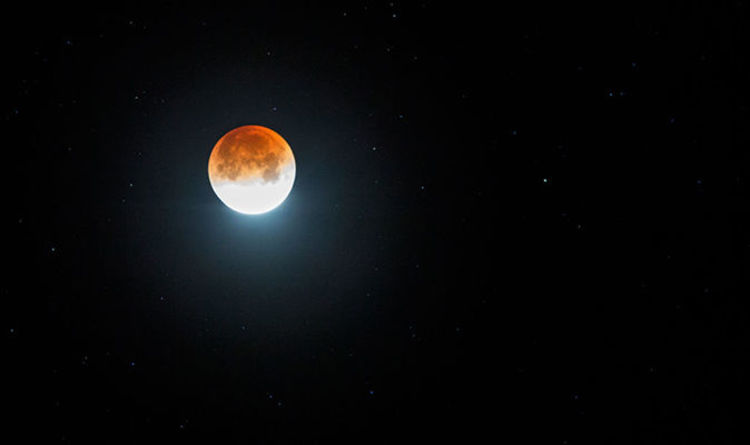 
The longest and 17th total lunar eclipse of the century will occur tonight in the night skies, bathing the Moon in an eerie red glow.

Lasting for a staggering one hour and 43 minutes, the total eclipse occurs as the Sun, Moon and Earth perfectly align.

Due to the Earth currently being the furthest away, it can possibly be from the Sun on its rotation, the shadow cast on the Moon will take a long time to pass through.

The light on the Moon is red due to refraction occurring in the Earth’s surface.

Sunlight will pass through the Earth’s surface and refract, eliminating all colours except those in the red colour spectrum.

This light then travels onto the Moon’s surface and bounces back, giving it the horror film-esque bloody hue.

How to watch the lunar eclipse

The eclipse will be visible around the world, in Europe, Asia, Australia and Africa.

However, for those in North and South America, Canada and Greenland, unfortunately, the path of the eclipse will be out of sight.

Germany, Spain, France, Italy, Egypt, South Africa and Austria will all be able to witness the entirety of the lunar eclipse from 9.30pm local time.

In Turkey and Kenya, the eclipse will be visible throughout all of its stages from the slightly later time of 10.30pm local time.

India will be able to witness the Blood Moon from 1.00am local time, whilst Bangladesh can see it from 1.30am local time.

Those wanting to watch the Blood Moon in Australia will have to get up early, as the beginning of the eclipse is visible from 5.30am.

Fortunately, a lunar eclipse is able to be viewed without eye protection, unlike solar eclipses which can damage vision.

Heading into the countryside and large open areas gives the best view of the Blood Moon, so as to avoid light pollution.

For those unable to witness the eclipse, the good news is the Blood Moon total lunar eclipse will be broadcast live online on Friday by Slooh.

The YouTube live stream will kick off at 6pm BST (5pm UTC, 1pm EDT, 10am PDT) from Slooh’s flagship observatory at the Institute of Astrophysics of the Canary Islands with feeds from around the world.

Shimmering ‘Lakes’ Under The South Pole of Mars Might Be Something Else Entirely : ScienceAlert
We May Finally Know Why Oceans in The Southern Hemisphere Are Getting So Warm : ScienceAlert
Astronomers Think They Know The Reason For Uranus’s Kooky Off-Kilter Axis : ScienceAlert
3 Major Aquatic Animal Groups Can Trace Their Lineage to This Ancient Armored ‘Worm’ : ScienceAlert
Long COVID Is Still Raising More Questions Than Answers, Say Researchers : ScienceAlert