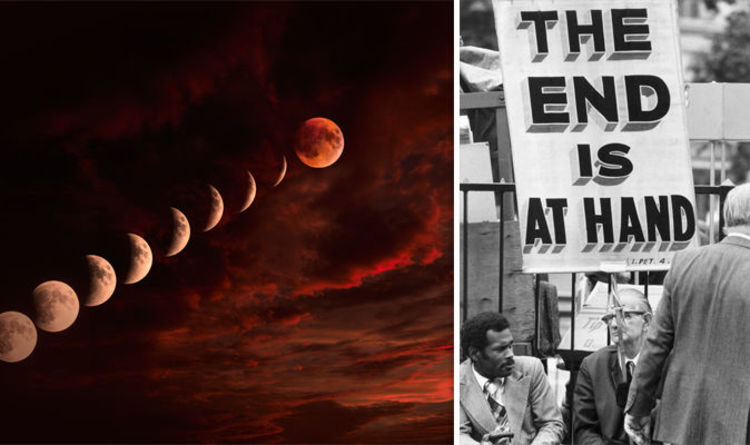 
The blood moon is set to rise tonight, July 27, and it will be the longest lunar eclipse of the century.

Users of Reddit have been pointing to the supposed signs that this blood moon is an omen of the apocalypse, and say this could be it for humanity.

Many have pointed to the Bible passage The Book of Acts Chapter 2, which reads: “The sun shall be turned into darkness, and the moon into blood, before the great and notable day of the Lord come.”

Also, there is a planetary alignment right now, where all of the celestial bodies in the solar system are on the same side of the sun.

There have also been a spate of natural disasters recently, such as the volcanic eruptions of Hawaii.

According to the people on social news aggregator site Reddit, these are the signs that the end is nigh.

In a forum called the ‘Great Awakening’, one user asked the question: “This Friday, July 27, is a blood moon. Reckon that day will be significant?”

User Jim Pickle responded: “The signs in the heavens are way past coincidence.”

A second user, known as FoundersGodson, added: “Currently all the planets in the solar system are on the same side of the sun. Only happens once every 120 years or so.

“Always comes with volcanic disturbances (Yellowstone fissure this week, Hawaii for a few weeks). This planetary alignment will last 5 weeks. The fact that we also have a blood moon eminent… Fingers crossed”

Paddle Flinger agreed: “Somehow I think there is more meaning here to this than just an interesting factoid. Makes one go hmm.”

However, scientists have moved to reassure people that the apocalypse is not nigh and have given a more simple explanation for the blood moon.

The blood moon is technically an eclipse, and the moon takes on a red tinge when it passes through the shadow cast by Earth.