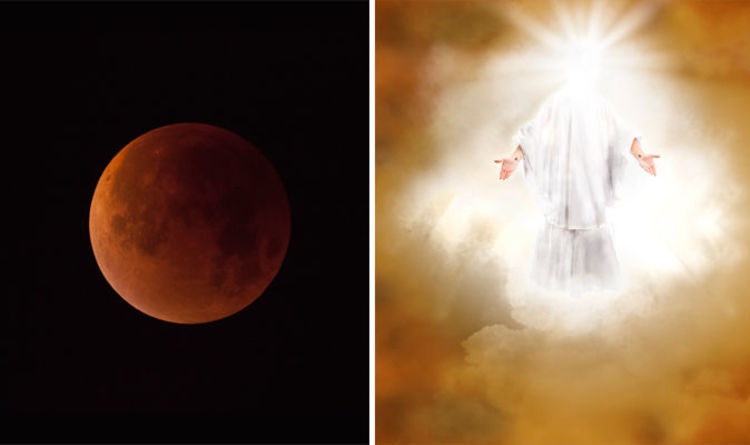 
On January 31, the stunning sight will illuminate the night sky. And on the same same day, the European Union, plus, Norway will gather in Brussels for an urgent meeting on the ongoing situation between Israel and Palestine.

Describing the summit, the EU said: “There is an urgent need to bring all parties together to discuss measures to speed up efforts that can underpin a negotiated two-state solution.”

And conspiracy theorists are now linking the two. They believe the moon is an angry message from God who is showing his wrath over the interference on the Holy Land.

Mr Meade said: “The European Union and Norway have announced an ‘extraordinary session’ to be convened at the end of this January. The purpose: an attempt to force a ‘two-state solution’ on Israel.

“The day of this event is January 31, 2018. This is the day of the Super Blue Blood Moon and thus a HUGE time marker as to where we are.

“Now only God knows the end from the beginning. But Almighty God would not have placed such a super blue blood moon on such a day as this purely as a coincidence.”

Mr Meade, who also famously predicted the end of the world with the arrival of the mythical planet Nibiru, added in the post on the Planet X News website: “As further warning, we were placed on a very high alert as there were two super moons prior to this one, forming a trio.

Despite the name, a blue moon is actually white, but it is a total eclipse that involves the second full moon in a month.

The first full moon took place in the first few days of 2018, which was also the biggest supermoon of the year.

So rare is a blue moon that the phenomenon has not occurred for more than 150 years since 1866.

An Experimental Surgical Robot Is Headed to The International Space Station
‘Structured Water’ Is Not What People Claim. Don’t Believe The Hype, Scientist Says
New Predictions Reveal The Fate of The World’s Biggest Ice Sheet if We Don’t Act : ScienceAlert
The Moon Stole Something From Deep Inside Earth Eons Ago, and Scientists Can Prove It : ScienceAlert
Robot Shows It’s Possible to Swim Through The Emptiness of a Curved Universe : ScienceAlert