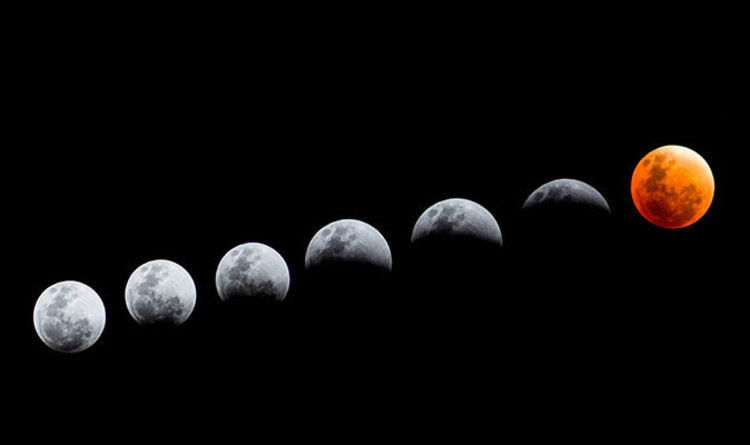 Tonight the Blood Moon  will be visible for much of the world as light refraction triggers a red or orange glow on the surface of the Moon.

Lunar events are often associated with love, beauty and change but can also insight fear in the superstitious of us.

A full moon can also signify psychological changes, with Brighton police even going so far as deploying extra officers on the streets during the 2007 full Moon.

A spokeswoman told the BBC: “Research carried out by us has shown a correlation between violent incidents and full moons.”

This would make sense to some ancient civilisations, as for them, the Blood Moon was a symbol of evil.

The ancient Inca believed that the red colour of the moon signified a jaguar attacking and eating the Moon.

They believed once it had eaten the Moon, it would then turn to Earth, so would gather spears and shout at the Moon to send the jaguar away.

Ancient Mesopotamian people believed that a lunar eclipse was an attack on their king.

They were able to predict when the eclipse would occur with almost certainty, so would replace their king with a faux king for the duration of the eclipse.

The real king would then hide and wait for the eclipse to be over and be reinstated once the danger had passed.

The Chinese believed the glowing red moon was a dragon, whilst the Vikings believed it to be sky wolves.

In Wiccan culture, the light of a moon is believed to be instilled with spiritual power and magic which is intensified during a full moon. 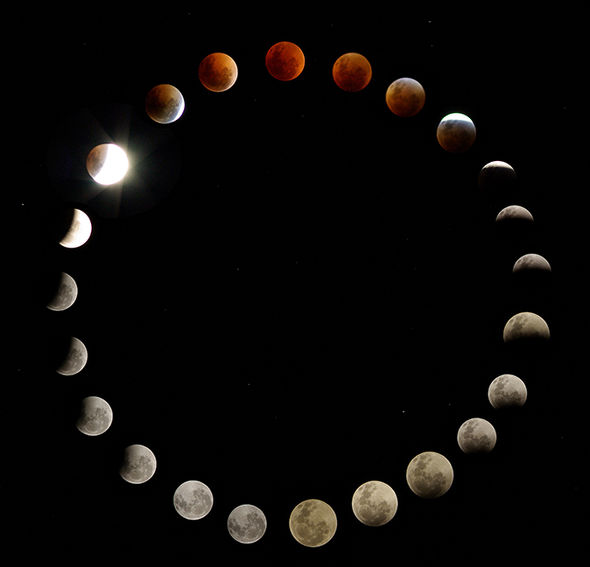 Religions the world over believe different things about the Moon (Image: GETTY)

According to WitchesLore.com, many people will feel a greater sense of inner peace during a lunar eclipse.

The website explains: “The attitude these days towards an eclipse is that of a spiritual event, opening people to a higher level of understanding, and recognised as a time of spiritual evolution.

“Many feel a sense of peace during an eclipse, this is because the sun’s force is calmed and we are able to go inwards giving us a greater understanding of our inner being, it is a time when the god and goddess are as one.”

For the Hindu, the Blood Moon depicted the decapitated God Rahu who chases the Sun and Moon because they betrayed his effort for immortality. 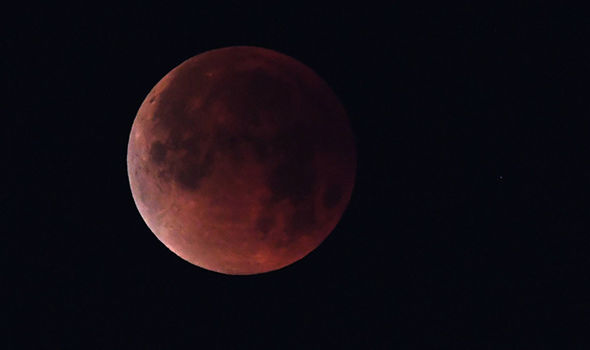 Not all beliefs are negative, the Wicca believe that energy is renewed from the full moon (Image: AFP )

In more recent times, many across India believe that the lunar eclipse is harmful to pregnant women and their babies.

They believe that the eclipse can affect the foetus, leading to deformities or birthmarks.

A set of superstitions are imposed on pregnant women during the eclipse which includes:

•    Not using any sharp objects like scissors or needles

•    Avoiding eating and drinking water entirely during the eclipse 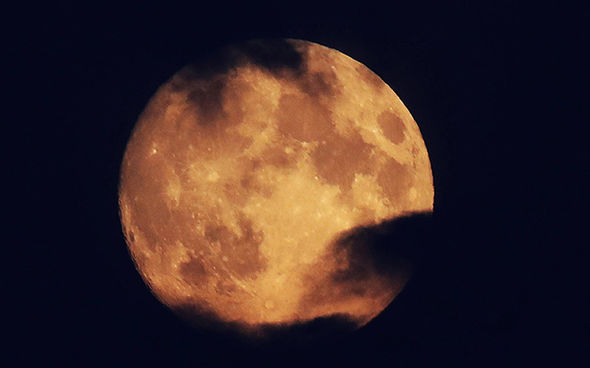 Some believe a lunar eclipse can have adverse effects on pregnant women (Image: PA)

•    Resting whilst the eclipse is taking place

•    Showering once the eclipse is over

•    Refraining from cooking anything during the eclipse

However, Nasa has found no proof that the Blood Moon affects the human body.

The Blood Moon will be visible tonight, lighting up the sky with an eerie red glow.

For how to watch, what time to see the moon in your country here is a guide.

There Are New FDA Safety Warnings About Breast Implants. Here’s What We Know : ScienceAlert
The Orbit of a Sun-Like Star Reveals The Nearest Black Hole Ever Found : ScienceAlert
We Have Our First Look at Neptune’s Rings in 33 Years, And They’re Glorious : ScienceAlert
A Weird Blob of Hot Gas Is Whizzing Around Sagittarius A* With ‘Mind-Blowing Velocity’ : ScienceAlert
JWST’s First Glimpse of Mars Reveals The Red Planet in a New Light : ScienceAlert