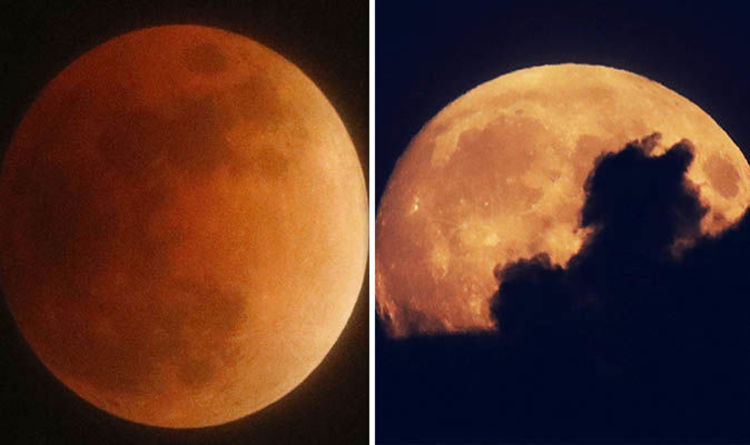 
Biblical prophecies suggests a tragic event will shake the earth, possibly eradicating the human race and wiping out the planet, as stargazers are set to enjoy the longest lunar eclipse of the 21st century.

The blood moon prophecy originates from hidden messages in the Christian Bible about the end of the earth approaching.

Christian ministers John Hagee and Mark Biltz were the first to create the theory, claiming that four consecutive lunary eclipses – known as the ongoing “tetrad” – would signal the end of the world, in reference to the Bible in Acts 2:20 and Revelation 6:12.

Ministers referred to the Book of Joel, which says: “The sun will turn into darkness, and the moon into blood, before the great and terrible day of the Lord comes.”

A similar passage in the Book of Revelations says: “And I beheld when he had opened the sixth seal, and, lo, there was a great earthquake; and the sun became black as sackcloth of hair, and the moon became as blood.”

However, astronomers and experts have dismissed the bizarre blood moon theory as completely untrue.

Endtime Ministries’ Irvin Baxter has made numerous false ‘end of the world’ predictions since the mid-1980s, but has pointed to the Book of Joel as evidence of the oncoming threat.

He has said: “The Bible teaches that end event is coming just ahead of us now and that will be the greatest prophetic fulfilment in the last 2,000 years.”

The total lunar eclipse is expected to last one hour and 43 minutes, where the moon will pass behind the the Earth and into its shadow.

The moon’s orange glow is due to Rayleigh scattering of sunlight through the earth’s atmosphere, which also cause the sun to appear red at sunset.

The eclipse will be visible from Europe, the Middle East, Africa, Australia and most of Asia and South America from around around 21:00 to 22:15 BST.

Prof Tim O’Brien, an astrophysicist at University of Manchester said: “This is actually almost as long as a lunar eclipse could be.

“Mars will look like this beautiful bright red star just below the Moon.

“Every couple of years or so, the Earth overtakes Mars on the inside as it orbits the Sun, so Mars is closest to us.

“And because of the elliptical shape of the orbit, it’s even closer than normal; it really is a great time to spot Mars.”

The blood moon will be visible almost everywhere in the world, apart from North America.

Biology Inspires a New Kind of Water-Based Circuit That Could Transform Computing : ScienceAlert
Astronomers Think They Know The Reason For Uranus’s Kooky Off-Kilter Axis : ScienceAlert
We Just Got Our Closest View of Europa in 20 Years, And We Can’t Stop Staring : ScienceAlert
Control of a 6-Qubit Processor in Silicon : ScienceAlert
Ancient Burial of a Young Girl Shows How We Carried Our Babies 10,000 Years Ago : ScienceAlert