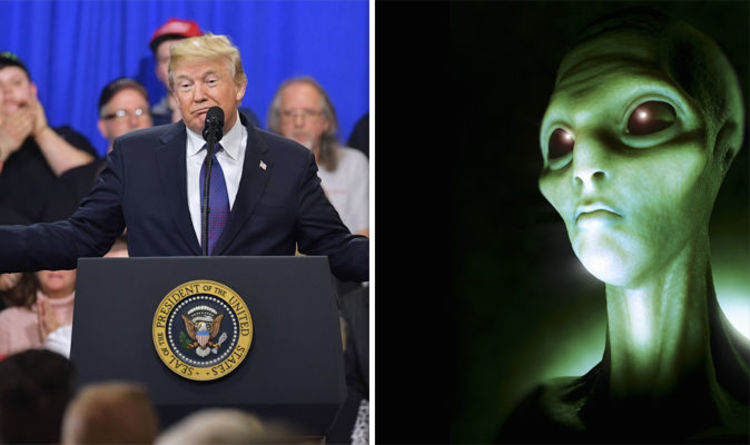 
The Trump administration has pledged to give NASA $19.9 billion (£14.3 billion) for the 2019 fiscal year, but has also requested the space agency cancels one of its flagship missions.

The key cut included in the proposal is for the Wide-Field Infrared Survey Telescope (WFIRST) which was due to launch sometime in the mid-2020s.

The WFIRST would have been more powerful than the Hubble Telescope and allowed NASA to study the biosignatures of distant planets.

The biosignatures of a planet can tell experts if there is potentially life on a celestial body.

Mr Trump’s administration said the construction of the James Webb Space Telescope – the successor of Hubble – means WFIRST is no longer a necessity.

The White House Office of Management and Budget (OMB) said: “Development of the WFIRST space telescope would have required a significant funding increase in 2019 and future years, with a total cost of more than $3 billion.

“Given competing priorities at NASA, and budget constraints, developing another large space telescope immediately after completing the $8.8 billion James Webb Space Telescope is not a priority for the Administration.”

The move from the Government has been greeted with dismay by NASA employees.

Alan Boss, an astronomer at the Carnegie Institution for Science who helped conceptualise WFIRST, said: “There has been a long tradition of support by the Congress, the administration, NASA, and the National Science Foundation to respect the priorities of past decadal surveys.

“It would set a devastating precedent for future decadal surveys if this FY 2019 proposal is to stand.”

David Spergel, a Princeton University astrophysicist and cochair of the WFIRST science team, is quoted by the Atlantic as saying: “It’s terrible.

For the time being, however, the programme continues as NASA is looking to get the decision overturned.

A memo obtained by the Atlantic from Paul Herts, director of NASA’s astrophysics division, read: “For the remainder of this year, while the Congress considers this proposal from the president, the WFIRST project will continue making progress with the FY 2018 budget allocation consistent with congressional direction.

“Maintaining progress against the existing plan is the only way to preserve nasa’s ability to deliver the mission on time and meet the established cost target, should Congress decide not to accept the president’s proposal to terminate WFIRST.”