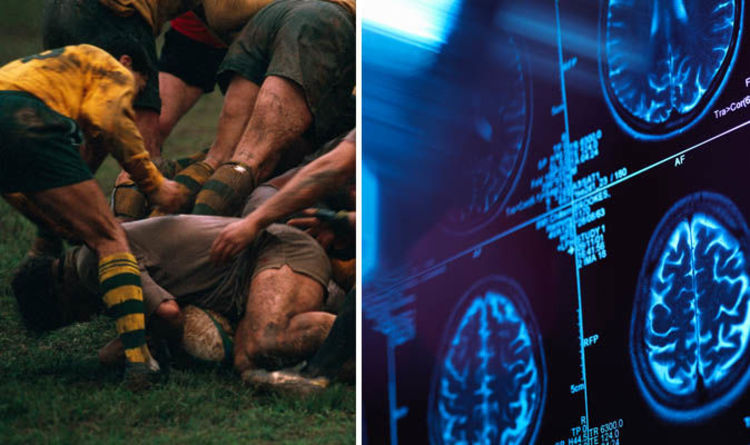 
Concerns were raised surrounding the long-term effects of contact sports after a series of high-profile athletes developed degenerative brain conditions.

Legendary boxer Muhammad Ali was diagnosed with Parkinson’s syndrome in 1984, just three years after retiring from boxing, which his doctors attributed to boxing-related injuries.

England striker Jeff Astle, who was renowned for heading the ball, also died of chronic traumatic encephalopathy at the age of 59, which is caused by repeated minor traumas to the head.

Willie Stewart, a neuropathologist at the University of Glasgow and head researcher on the project, underlined the similarity between repetitive minor traumas experienced in contact sports with severe head injuries.

Writing in the journal Brain, he said: “There is a false assumption that being hit by a car produces a different brain injury to being hit on a rugby field thousands of times during your career.

“Underpinning it, the biological processes are very similar if not the same.

“It is just the dose of the injury which is different.”

The study revealed a single traumatic brain injury can produce a faulty form of a common neural protein, which can then spread throughout the entire brain.

The scientists found that ‘tau’ proteins, which are typically located throughout the brain and hold brain cells together, became ‘defective’ at the site of injury and abnormal forms were deposited across the brain.

They found that the deposit of abnormal forms of tau proteins was much more widespread in patients with brain injuries and traumas, than those with healthy brains.

Mr Stewart said: “One of the striking features when we look at the brains of people who’ve been exposed to brain injury is the abnormal deposition of tau.

“It appears this abnormal protein can ‘seed’ or spread through the brain.

“It’s like a grain of sand in an oyster.”

Mr Stewart noted that when tau proteins become “abnormally folded” through brain injuries, they can transmit their abnormal shapes to other proteins, creating an “evolving pathology”.

The scientist raised the possibility of treating trauma-related dementia by “targeting the tau protein and stopping it from spreading”.

In an optimist conclusion, he said: “It gives us a novel way of challenging dementia.”