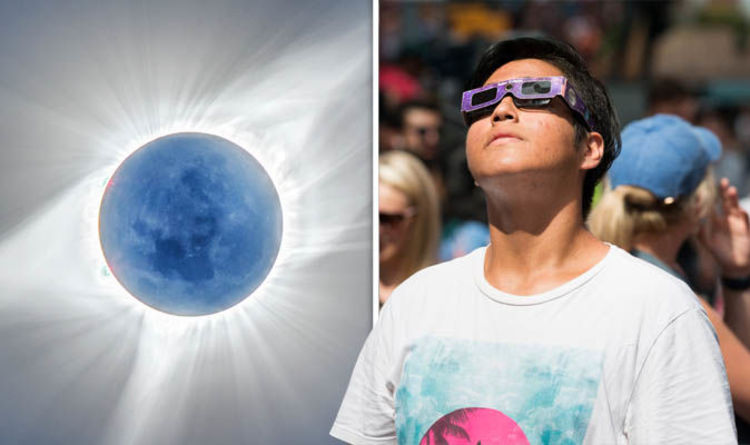 The upcoming solar eclipse will take place just 15 days after the Blood Moon, in the morning hours of Saturday, August 11.

During the eclipse the so-called New Moon will partially pass in front of the Sun, obscuring as much as 65 percent of it in certain parts of the world.

But will you be one of the lucky few to see the eclipse next weekend?

Unfortunately, not everyone around the globe gets to witness an eclipse, whether it be partial or total, lunar or solar.

The Moon’s shadow cast by the Sun over the Earth is not very big so only a select number of places get to see a solar eclipse.

During a lunar eclipse, the shadow cast by Earth on the Moon is much bigger and lunar eclipse can be seen from more locations at the same time.

When is the August partial solar eclipse and who can see it?

Eclipse 2018: A partial solar eclipse will shroud the sun on August 11 (Image: GETTY)

The eclipse will feature on the dayside of Earth in the upper reaches of the Northern Hemisphere, which might make it a tough spot for many stargazers closer to the equator.

The eclipse will pass over swathes of North and East Asia, brushing against Scandinavia in Europe, Iceland, Greenland and the icy regions of Canada around Nunavut and the Northwest Passage.

Some lucky observers in the northernmost parts of Scotland might be able to catch a tiny glimpse of the eclipse but the effects would be incredibly minimal – less than one percent coverage of the Sun.

A multiple exposure image shows the solar eclipse as it creates the effect of a diamond ring at totality as seen from Clingmans Dome in the Great Smoky Mountains National Park, Tennessee

Stargazers in Inverness, for instance, will not see the eclipse at all.

For better views of the eclipse from Europe you would have to find yourself in Scandinavia, in countries like Finland and Norway.

The Northern Ruija Region of Norway, also known as Finnmark, will see up to 20 percent of eclipse coverage.

The International Astronomical Union’s Working Group on Solar Eclipses said in a statement: “The August 11, 2018, partial solar eclipse will be visible from the northernmost parts of the world. 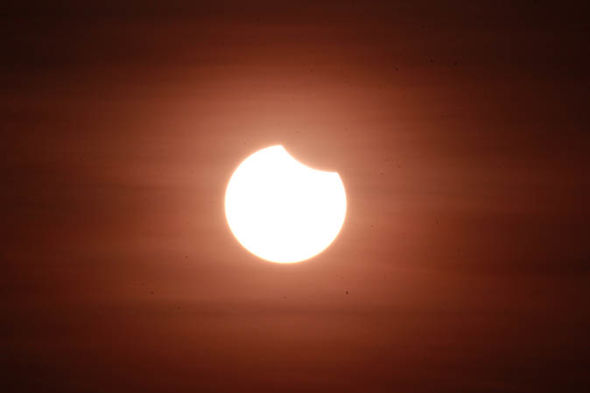 Eclipse 2018: The partial eclipse will only see a fragment of the Sun obscured by the Moon (Image: GETTY)

Further coverage will extend able the Arctic Circle, up to Torneträsk; Tromsø, Norway, and even as far out as Moscow for two percent coverage.

Below the Arctic Circle in the Russian city of Yakutsk coverage will extend to more than 50 percent of the Sun which should be quite spectacular. 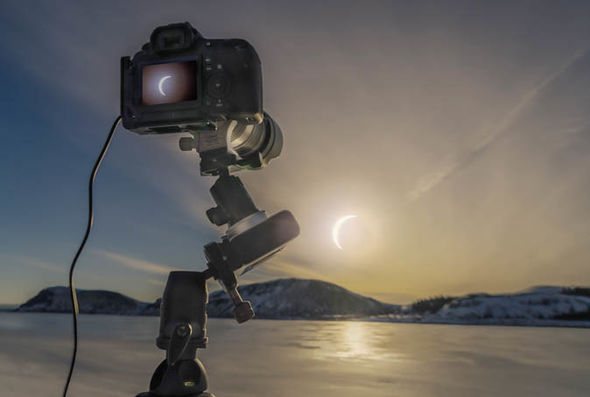 Eclipse 2018: The solar eclipse will feature in the upper parts of the Northern Hemisphere (Image: GETTY)

Some lucky viewers in South Korea and China will also see a narrow band of the eclipse shroud the Sun at about 20 percent coverage.

The North Pole will be best positioned to see the solar eclipse with 65 percent of the Sun shrouded.

If you plan to see the eclipse in person, remember to properly protect your eyes and to never directly stare at the sun.

Click here to find out more on what happens if you look at an eclipse.

How Many Ants Live on Earth? Scientists Came Up With an Answer : ScienceAlert
Watch a Tiny Robot Blob Transform Into Even Tinier Bits to Squeeze Through Cracks : ScienceAlert
One of The World’s Largest Organisms Is Disintegrating. Here’s How We Might Save It. : ScienceAlert
Early Puberty in Girls Surged in The Pandemic, And We May Finally Know Why : ScienceAlert
There Are New FDA Safety Warnings About Breast Implants. Here’s What We Know : ScienceAlert