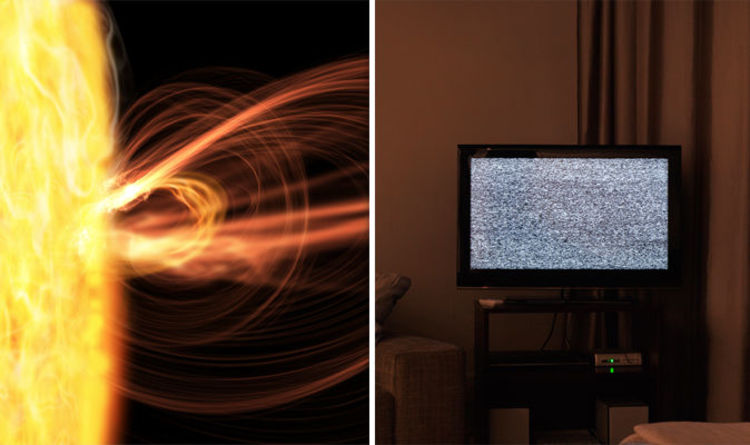 
Solar winds flowing from a “northern hole in the sun’s atmosphere” which could hit Earth on February 4 warn experts.

When magnetic field lines travel from the interior of the sun to its surface, they usually remain inside our star.

However, when coronal holes appear, which happens sporadically, the magnetic field lines can stretch out into space in the form of solar winds.

Space Weather – a website which looks at the goings on in space – says solar winds could cause “minor geomagnetic storms” such as aurora borealis or aurora australis.

But there could be bigger problems afoot.

For the most part, the Earth’s magnetic field – or magnetosphere – protects humans from the barrage of radiation, but it can affect satellite-based technology.

However, the solar storm could result in Southern or Northern Lights – or aurora australis and aurora borealis – depending on which hemisphere the solar winds hit.