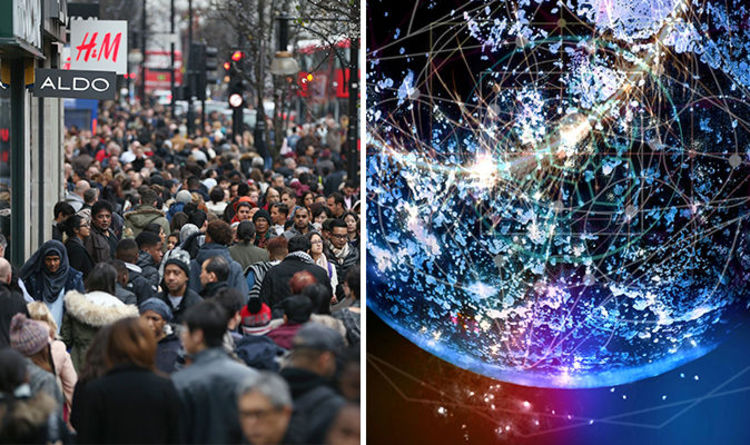 
Have you ever had the feeling that you have done this exact same thing before? A new theory claims humans probably have repeated the same behaviour an infinite amount of times thanks to time and the universe repeating itself over and over for eternity.

The universe has been expanding at an accelerating rate since the dawn of time, and some experts believe it will one day reach a tipping point where it can expand no more, and begin to contract.

It will take a trillion or so years to contract to the infinitesimal point from where it began, and once it does, the Big Bang or something similar occurs again, so the theory goes.

However, as everything comes from the exact same point, some suggest this causes the exact same history and future to repeat itself over and over again for eternity.

Essentially, this confirms time is an illusion too.

Dr Paul Frampton, professor of physics at University of North Carolina, said: “This cycle happens an infinite number of times, thus eliminating any start or end of time.”

Separately, Parampreet Singh from the Perimeter Institute for Theoretical Physics in Ontario, told Phys.org: “The significance of this concept is that it answers what happened to the universe before the Big Bang.”

He added if we could peer back before the Big Bang, things would be exactly the same, but might potentially be in reverse.

Mr Singh continued: “In the universe before the bounce, all the general features will be the same.

“It will follow the same dynamical equations, the Einstein’s equations when the universe is large.

“Our model predicts that this happens when the universe becomes of the order 100 times larger than the Planck size.

“Further, the matter content will be the same, and it will have the same evolution.

“Since the pre-bounce universe is contracting, it will look as if we were looking at ours backward in time.”

Groundhog Day is a real day celebrated in Punxsutawney, Pennsylvania, which sees a squirrel-like rodent emerge from its burrow and make ‘predictions’ about the weather – exactly like the 1993 movie.

Punxsutawney Phil the groundhog emerges from his hole and sees its shadow against the sunny weather, it will retreat back to its den in a move that signifies winter will last a further six weeks.

But if there are cloudy skies when the groundhog – a rodent from the marmota squirrel family – comes above ground it supposedly means the spring season will arrive early.

Thousands of people flock to Punxsutawney each year for the bizarre tradition and many more watch from around the world.

A Common ‘Forever Chemical’ Has Just Been Linked to Liver Cancer in Humans : ScienceAlert
Astronomers Charted The Sun’s Life, And This Is How The Story Ends : ScienceAlert
The Moon Stole Something From Deep Inside Earth Eons Ago, and Scientists Can Prove It : ScienceAlert
Scientists Gave Young Mice The Blood of Old Mice. Then Things Got Weird : ScienceAlert
Robot Shows It’s Possible to Swim Through The Emptiness of a Curved Universe : ScienceAlert