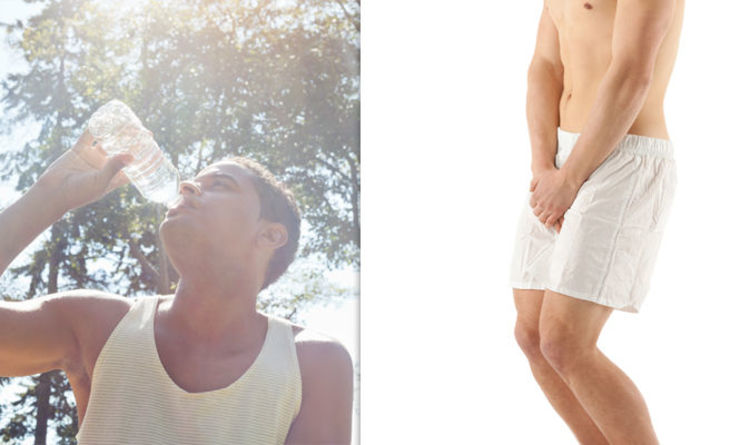 
Micro-plastics are found in around 90 percent of bottled water, according to the World Health Organisation, and more chemicals are found in tap water.

As a result, pregnant women are currently subjected to chemicals which can result in deformations of children, and one of the rising problems is that more men are being born with deformed penises.

University of Melbourne researchers Associate Professor Andrew Pask and Dr Mark Green have shown that penis birth defects in Australia have doubled because of contaminated water.

To prove there is a link, the Aussie researchers studied human data and animals exposed to the chemicals to see whether they have the defect called hypospadia – a condition which sees the opening of the penis form on the underside, rather than the tip.

The pair identified several chemicals which can cause this deformation.

These chemicals include BPA and phthalates, and as well as water, the likes of parabens used in toothpastes and beauty products and atrazine in herbicide can cause damage.

The researchers added these chemicals to the drinking water of pregnant mice, and saw a rapid rise of infant rodents born with hypospadia. The condition got worse through the generations, the researchers noted.

They then compared these results to human males who have been exposed to these chemicals over two generations since the 1950s, and found similar results to the mice.

Dr Pask told the Sydney Morning Herald: “Exposure to these chemicals, this is the No. 1 reproductive issue for men.

“No one likes to talk about this. Often parents don’t even like to tell their kids they had it — it gets surgically repaired but often the surgeries don’t work very well.

“When it’s doubling, it cannot be genetic defects — it takes years for that to spread through a population.

“So we know it has to be environmental in origin.”