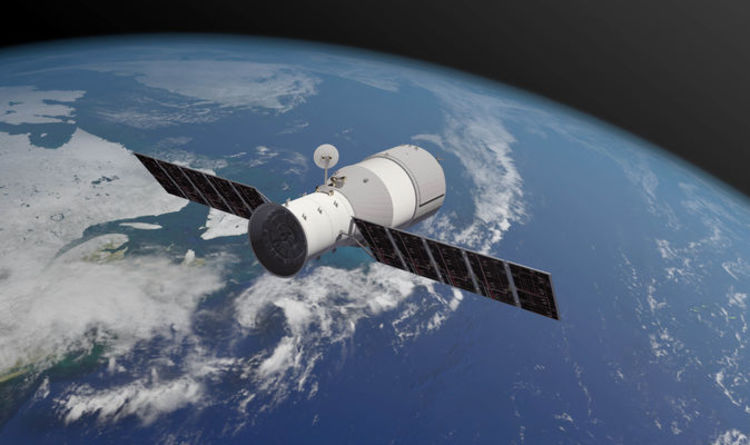 Tiangong-1 will re-enter the Earth’s atmosphere during the first week of April, however there is a window of uncertainty when the space station will crash to Earth.

The spacecraft is likely to burn up upon re-entry, however scientists have warned there is a chance a small amount of debris could survive re-entry and hit the Earth.

What is China’s Tiangong-1 station?

It was launched by China’s National Space Administration (CNSA) without anyone aboard on September 29, 2011.

The 40-foot space station was a prototype for China’s large modular space station, which is expected to launch around 2022.

The orbit of the Tiangong-1 station is about 217 miles (350km) above Earth, which is lower than the International Space Station, whose average altitude is 250 miles (400km).

It was used for both manned and unmanned missions and visited by China’s first female astronaut, Liu Yang, in 2012.

However the space station “ceased functioning” on March 16. 2016, China told the United Nations in May 2017 and therefor they are unable to perform a controlled re-entry.

The space station will fall back to Earth on its own, pulled down by atmospheric drag.

When will it fall to Earth?

There are various reports when the space station will fall to earth.

The European Space Agency (ESA) said Tiangong-1 space station will re-enter the Earth’s atmosphere between March 30 and April 2, however it warned the estimate was “highly variable.” 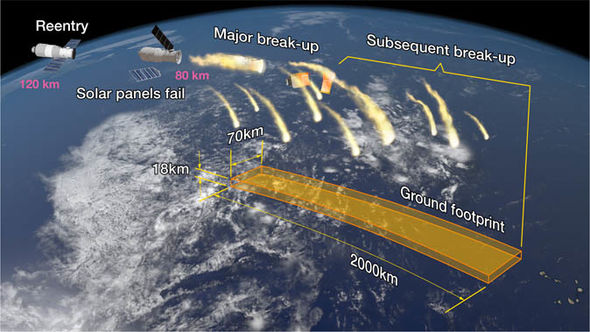 Chinese Space Station falling: Some chunks of the space station could fall to Earth

The China Manned Space Engineering Office said it expected the lab to re-enter the atmosphere between March 31 and April 4, burning up in the process.

Aerospace Corporation, a non-profit spaceflight research company, said the space station will re-enter the atmosphere around April 1 – or three days either side of that date.

Jesse Gossner, an orbital mechanics engineer who teaches at the US Air Force’s Advanced Space Operations School told Business Insider the uncertainty over when the space station will land is due to the nature of Earth’s atmosphere and how high-speed objects behave in it.

He said: “You’d be surprised just how inaccurate and random it is because of the atmosphere. Have you ever skipped a stone on a lake. 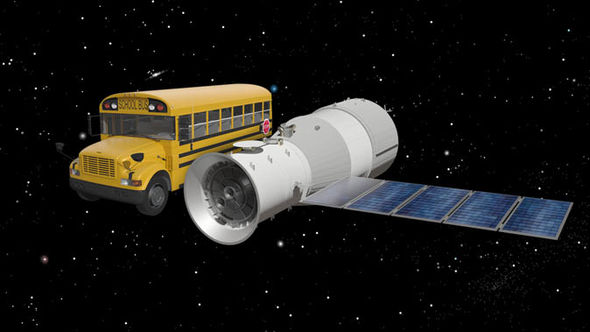 “This thing can bounce off the atmosphere because it’s going so fast. If it hits on its smooth side, sort of like a rock skipping on a lake, it’ll bounce. But if it hits on a pointy end, or on one end of a cylinder, in the direction of the velocity, it could dig in.”

The timing estimate of when Tiangong-1 could fall to earth has a six-day window of uncertainty.

It could come down as early as Thursday, March 29 or as late as Wednesday, April 4.

Planting More Trees in Cities Would Save Thousands of Lives, Scientists Say : ScienceAlert
What Can They Actually See? : ScienceAlert
JWST Has Accidentally Detected a Tiny Asteroid ‘Hidden’ Between Mars And Jupiter : ScienceAlert
Ancient Goo Spills The Secrets of How The Egyptians Mummified Their Dead : ScienceAlert
High-Fat Diets May Break The Brain’s Ability to Regulate Calories : ScienceAlert