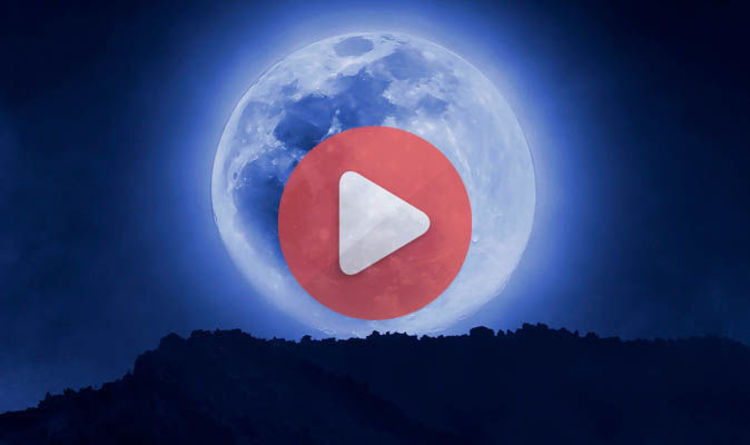 
The second Blue Moon of the year and the second full moon of the month will rise this Saturday March 31.

Astronomers in the UK expect the moon to rise around 1.37pm BTS giving sky gazers plenty of opportunity to witness the full moon live.

However those who feel uncertain about stepping out into the cold to watch the lunar spectacle are glad to know the event will be streamed live courtesy of Slooh.

Slooh, the robotic telescope service with machines around the globe, will broadcast a live commentary of the Blue Moon in the evening hours of Saturday, which you can watch below.

“A blue moon is the occurrence of a second full moon in the same calendar month. What makes this blue moon special?

“The month of January had a blue moon, as well. When two blue moons happen in a row, it is called a “Double Blue Moon” and the last time this event occurred was in 1999.

The two space boffins will narrate the moonrise live, sharing fun facts about the Blue Moon, the science behind it as well as full moon folklore and myths.

For more information about the live stream and the Blue Moon, visit Slooh.com to learn to explore space.

In popular astronomy, a Blue Moon is the second of two full moons to occur within one calendar month.

In this case the Sap Moon follows a full moon on March 2.

But in reality, there is a different scientific explanation behind Blue Moons, one that is a little bit more complicated.

A spokesman for Slooh said: “The consequence of a double blue moon, or the cause of it, depending on your perspective, is a February that doesn’t have a full moon.

“The lunar phase calendar takes 29.5 days to complete the cycle, which is why we roughly have one full moon per month.

“But since some months are 30 or 31 days long and February is shorter, we occasionally have a Full Moon-less February.”