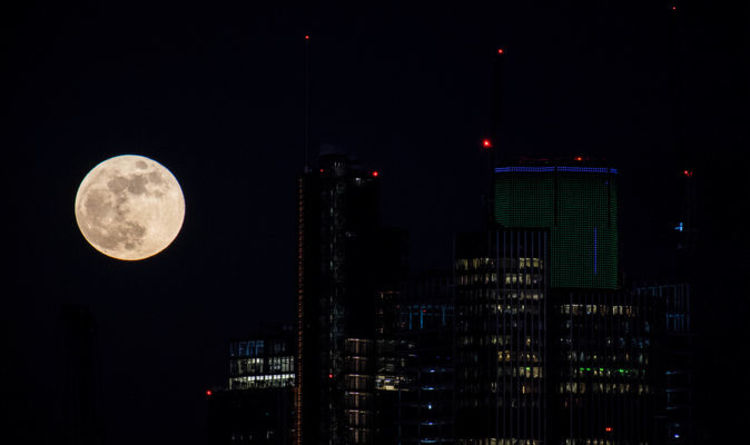 
The second blue moon of the year is expected to rise on Saturday, March 31 after the first one on January 31 was dubbed the “Super Blue Blood Moon”.

Blue moon’s are not blue, but it is the name given to the second full moon to happen in a single calendar month and are quite rare as the saying goes “once in a blue moon”.

However, full moons themselves are not rare, as they occur in almost every 29 days, but a blue moon is – especially two blue moons in one year.

The last time Earth saw two blue moons in one year was in 1999 when February did not have a full moon.

The second blue moon of the year will happen again nineteen years later for the same reason as February did not have a full moon.

This year’s blue moon is important because it is also used to fix the date of Easter. The holiday always occurs on the Sunday after the first full moon following the Spring equinox, which was March 20.

As the blue moon will appear on March 31 it means that Easter Sunday is April 1.

The last full moon of this calendar year was on March 2 and was known as a Worm Moon.

A worm moon was named by Native Americans because it marked the point in the year when the temperatures started warming and earthworms would start to appear.

For moon-watching enthusiasts the blue moon will not be blue on Saturday and the Pink Moon, expected on April 30 will not be pink.

The next blue moon after this weekend is expected to occur on Halloween night in 2020.

‘Funky Worm’ Fossil Helps Explain The Mysterious Origins of Amphibians : ScienceAlert
Mysterious ‘Zone of Uncertainty’ Inside The Brain Reveals a Surprise : ScienceAlert
Physicists Break Record Firing a Laser Down Their University Corridor : ScienceAlert
An Expert Explains Why The Radioactive Water Stored at Fukushima Should Be Released : ScienceAlert
Scientists Have a Plan to Turn Earth Into a Giant Observatory : ScienceAlert